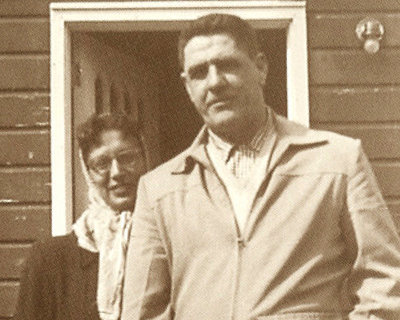 I was in my mid-30s when I first met Alfred. He was probably 20 years older than me. I never asked exactly how old he was. That would have seemed disrespectful because I was the teacher that day.

I had spoken to him on the phone dozens of times, but this was the first time he was sitting in the chair on the side of my desk. There were three other customer-service guys in our office and they were all on the phone, shooting me annoyed looks because of what I was doing. Alfred had stopped by because he just couldn’t grasp what I had been trying to tell him over the phone.

“So, Dan,” he said. “What you’re calling a system curve is something that I can use when the pump is oversized?”

My mother, born in 1924, would have called Alfred dapper. He wore a suit, old but of a good cut, a white shirt with a bowtie, and a pocket square. His brown shoes were scuffed and he apologized for them. He said he went on jobs with the contractors and it was difficult to keep shoes shined on jobs. I still remember that. Who apologizes for their shoes, especially to someone 20 years younger than they are?

The guys on the phones gave me more dirty looks. I was taking too long with Alfred. I should be answering some of the phone calls. It was winter, our busy season. I wasn’t pulling my weight.

“This is what Bell & Gossett calls their System Syzer,” I said, showing Alfred the circular tool that Gil Carlson had created. “It can tell you how much water will flow through iron pipe or copper tubing. Here, look.”

Alfred put on a pair of half-glasses and leaned in. He scrunched his face and his pencil moustache wiggled. Dapper indeed.

“Yes, it’s very easy to use. It’s also helpful if you want to know how much water will flow through a pipe that’s already on the job,” I said. “Let’s say you’re looking at a two-inch pipe that’s leaving a boiler. This tells me that 45 GPM would probably be what the engineer had in mind. I can tell that just by looking in this little window here.” I pointed to it.

“And look at this scale over here,” I said, pointing to the top of the System Syzer. “If I know the flow rate and the temperature difference across the system, I can tell the heating load in thousands of Btu. And if I already know the heating load, and the temperature drop, I can solve for the flow rate in GPM. All I have to know is two of the three things to find the third thing. It’s easy.”

Alfred leaned back and smiled. “That’s amazing,” he said.

I had explained all of this to him on the phone a number of times. Alfred owned a System Syzer. He just didn’t seem to be able to use it. We went on for a while and I showed him the other scales, and how to draw a system curve. I explained how once we know the flow rate at a certain resistance to flow we can then calculate the flow rate at any resistance to flow, or vice versa. We plot these points on the pump curve and connect them. That gives us a way of knowing how much smaller the replacement impeller should be if we’re dealing with an oversized pump that’s making velocity noise.

Alfred said he understood, but I wasn’t sure if he really did. We stood and shook hands. He left.

The next day he called with the same questions about the System Syzer. I went over it again with him. When I got off the phone, the guy at the next desk asked why I was wasting my time with Alfred. “He’s an idiot,” he said.

“Well, he works for one of our biggest wholesalers,” I said. “And he’s a nice guy.”

“He doesn’t remember anything you’re teaching him, Dan,” he said. “You could be helping us with these calls, but you’d rather waste your time with that dummy.”

I left the company not long after that and went to work as a writer. The Lovely Marianne was my business partner and she took care of the day-to-day money stuff so I could focus on writing stories and doing seminars. We hired my retired parents to ship the books that I wrote.

My father’s heart attack knocked him down on my birthday and we buried him later that week. My mother asked if she still had a job. She never learned how to drive a car but handling my books was the best part of her day because she traveled the world by reading the mailing labels and affixing them to the packages.

My younger brother, a New York City Police Sergeant, took over shipping the books in his spare time. He needed the extra money for his growing family, so we became his moonlight job.

“What will my job be?” my mother asked.

“I need you to proofread our mailing list,” I said. If you see any duplicates, circle them. Take as much time as you need. We’ll pay you. It’s good and important work. I need you.”

It was a make-work project, but she didn’t know that. A week later, she called to say she was done. I told her I would be right over to look at her work.

She smiled like a girl at her first dance when she handed me the stack of more than 10,000 names and addresses. “Did I do it right?” she asked.

I thumbed through the stack. She had circled every single name and address.

“Did I do it right?” she asked, a faraway look in her eyes.

“I was afraid I would do it wrong,” she said, and smiled in a way that I can never forget.

I remembered back to our family get-togethers during the previous few years and how when I would ask my mother a question my father would answer it for her. He was a big man who talked over you. He would have done anything for her.

He knew what was going on. He knew. He just didn’t want her to know, and she never did know.

He didn’t want us to know either, and we never did. Not until she circled every name and address on our mailing list. Then I knew my father’s secret.

We cared for her, but she faded with each day. She loved to listen to the song, Danny Boy, and I would play it again and again on my phone, held close to her right ear, the good one. She had named me for that song. I was her Danny Boy.

Then one day she smiled at me as I played the song for her, not knowing who I was, and she said, “That’s enough, kid.”

She died the next day and we buried her with her best friend, my father.

Alfred called me. I hadn’t heard from him for a long time. He had retired from the wholesaler and we had lost touch.

“Dan, this is Alfred. Do you remember me?”

“I was going through my things, Dan, and I found this System Syzer. I wanted to call to say goodbye.”

“Where are you going, Alfred?” I asked.

“I don’t know. They said I have Alzheimer’s. I don’t know where I’m going, but I wanted to call you while I still remember you. I want to say thank you for all that you did for me. Thank you. You were patient with me. I couldn’t understand why I couldn’t learn then, but now it makes sense. I just wanted to say goodbye, Dan. While I can. Goodbye.”

And he hung up and that was that.

We are all so fragile.