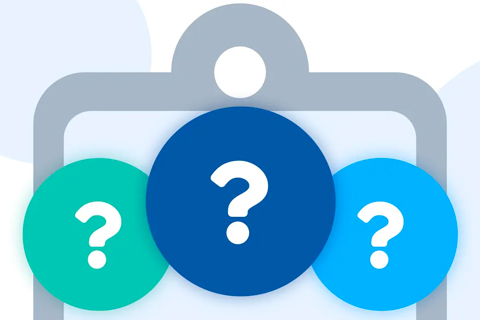 I wrote a book for homeowners in 2003 and called it We Got Steam Heat (with apologies to The Pajama Game). I wrote that book because I had written another book 11 years earlier that I called The Lost Art of Steam Heating. A lot of homeowners bought Lost Art because they were having difficulty finding a contractor who knew anything about steam heat, so they decided to get their learn on.

Many of those homeowners let me know that Lost Art had much more information than they needed, and they really just wanted to understand the basics so they could talk to contractors and not sound like they didn’t know anything at all.

So I wrote We Got Steam Heat and explained in simple terms how basic one-and two-pipe steam systems worked. I showed them photos of the components and filled them in on what all of that stuff did. I advised them on things they could touch, and things they probably shouldn’t touch. And then I gave them a list of questions they could ask a contractor before hiring him or her. I did this so that that could avoid hiring knuckleheads who would say things like, “We need at least five pounds of pressure to get the steam up to the second floor. I know this is true because I’ve been doing this for many years.”

Knuckleheads abound when it comes to working on steam heating.

We Got Steam Heat was on my mind when a man in Toronto, Canada posted on The Wall at HeatingHelp.com this question: How can I determine if a contractor or a technician has the ability to work on my heating system?

This man has hot-water heat, not steam, and he went on to say, “Perhaps I have high standards. But as a homeowner, it is very difficult to find a contractor/technician who has the knowledge and skill to work on a complex hydronic heating system. There is a big difference between being qualified to work on a heating system and being competent.

“With the help of this forum, the boiler manufacturer’s manual, hydronic heating textbooks, etc, I am becoming an educated homeowner. I am also learning that so many so-called experts in the industry do not have the knowledge required to work on these systems.

“A few weeks later, as I learned more, I asked the contractor if he had added the inhibitor that Weil-McLain says needs to be added. He said no because you have to have the chemistry test kit to check the chemistry, and he didn’t have one of those. He also didn't recall what other steps he had missed. And then he told me that chemistry wasn't important, to which I pushed back and explained that not checking the chemistry could void the boiler’s warranty and that would not be good for me.

“He had nothing to say about that.

“Moving forward, how do I make sure that a qualified tech actually follows the instructions? Or am I asking for too much?”

The Wallies happily weighed in, as always, because they are some of the best in the business and they know that millions of people will be reading what they had to say as years roll by, so they were both very honest and quite blunt.

One wrote, “I’d recommend communicating verbally and in writing exactly what you expect the tech to do prior to him coming out. Send him a copy of the manual and tell him that you expect him to follow it to the letter, and that he must have the necessary materials, test instruments, etc. when he comes out. Tell him that if they can’t comply, then don’t come.

“Then, expect to pay a hefty fee for someone that can comply, and will do this - if you can even find one.”

How many contractors do you know who would show up, dear reader?

And if you can’t say just about all of them, I’d say there’s something wrong with our industry. Oh, and I especially like the part where he tells our friend in Canada that he should expect to pay a hefty fee if he can find a qualified tech. Knowledge and skill do not come cheaply.

Another Wallie said, “I think part of the problem is we have all these manufacturers, and each has multiple models and designs. It’s virtually impossible to know every system inside and out by heart.

“I've been criticized more than once for needing to download a manual or contact tech support for a particular boiler. It's not easy, so be prepared to have a tech spend some time reading, or waiting for tech support, and on your dime.

“And I’m assuming you have a W-M Ultra gas-fired boiler. You don't just need the maintenance kit for that one; you also need the tool to clean the heat exchanger. Not everyone has that tool. And an inhibitor test vial comes with the maintenance kit.”

That’s a great point about how difficult it is to know everything about everything, but what the homeowner is asking is whether the person he hires even bothers to read the manual and follows the manufacturer’s instructions. He’s willing to wait, and to pay the guy, if the guy does it right the first time. And I don’t think that’s asking too much, do you?

“You're absolutely doing the right thing by educating yourself,” another Wallie wrote. “Ask all those questions upfront, and when you find a satisfactory tech, keep them. The same holds true for any trade. Also, just because someone is factory-certified, don't assume they’re going to follow anything they learned from the manufacturer’s training.”

That made me smile. You can lead a tech to knowledge but you can’t make him actually use it on the job.

“You are asking tough questions,” another Wallie said. “Part of the problem is the customer's perception. Most customers think nothing of following the manufacturer’s recommendations to a T when maintaining their luxury car; but these same people would run you out of their houses if you suggest they pay for all those tests on an annual boiler service, even if the manufacturer of the boiler they chose says you must.

“I think you need to find out what services a company offers before inviting them to the house. You may need to supplement some of what you want to be done by doing it yourself. If there is a service kit required to do a job, politely ask them if they normally include that in a service call. The same goes for combustion analysis and water testing.

"I am blown away by how few companies offer combustion analysis. The number of companies that offer water testing is even less. Many companies just show up and make sure the pressure and flame look okay; and then "rag and tag" the boiler.”

A Wallie, who is not in the trade, but a very handy homeowner offered this advice: “It really depends on what you enjoy doing. I have met folks who aren’t safe around a screwdriver while trying to hang curtain rods. I have also met people who are safe in extremely lethal environments such as gas, electricity, and carbon monoxide. They are playing for keeps and they know it. It has always been that way.

“If you are mechanically inclined, there is nothing wrong with servicing your own devices. I enjoy teasing the secrets of how something works and how it’s made out of the final product. I also want to know why it is that way.

“I do have a fair number of toasted things that I alone wrecked. I consider it a victory when I can finally order one part rather than two, knowing that the first part was once the part I used for practice. I call this my hobby. My friends see it as a mental illness, but we like each other anyway.

“Fortunately, HeatingHelp.com has enough fellow enablers so I don’t have to justify my peculiarities. The folks that help me are masters of their professions; I revere and treat them like gold.”

You would be amazed at how many contractors refused to sign that contract.

Or maybe you wouldn’t be amazed.