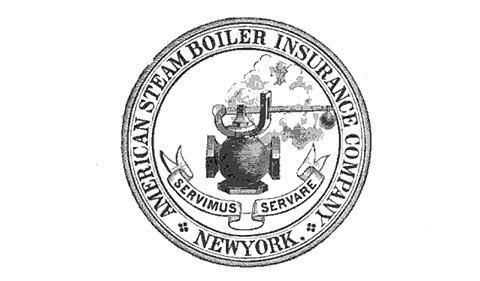 My long-gone friend and mentor “Professor” Fremont Lobbestael of Ann Arbor, Michigan once told me about how things were when he first got started.

“Back then, the plumbers used to fix leaks in old radiators by tamping lead wool into the holes,” he said. “Lead wool was better than steel wool because it’s not brittle. It packs and it stays put.”

“Lead’s not too popular these days,” I said.

“What else did they do?”

“Yes. The roiling of the water pushes the manure into the hole. It’s not a permanent fix, but it’s a good way to get the customer through the winter.”

I’ve wondered since then whether the long-gone plumbers brought their own manure, or whether they asked the customers if they might borrow some from that old mare over there. And if they did accept the mare’s help, would that affect the price they could charge? And what about cow pods? Would they work as well? Hmm.

You can learn a lot from the Dead Men. I was having a chat with G.B.N. Tower the other day. He was once the supervising inspector of the American Steam Boiler Insurance Company. He was also a Chief Engineer in the U.S. Navy. He taught engineering at Dartmouth College, and when we were chatting, he was the United States Supervising Inspector of Steam Vessels, Second District.

He was a smart fella and his part of our conversation was taking place in 1885. I wasn’t sure if I should mention the horse manure to him because he was, after all, the Supervising Inspector of Steam Vessels and, well, you know.

So we discussed other tricks of the trade from his time on the planet back in the day when all of this was newish.

“Thank you, sir. I haven’t heard that in quite some time.”

“It’s complicated,” I said. “But you made me curious. I’m wondering how you folks dealt with a leaky pipe back in your day.”

“Oh, it’s quite simple. You just mix a stiff putty from white- and red lead with boiled linseed oil. You work this into some hemp that you’ve chopped into short pieces and apply it to the leak. Then you tightly wrap some strips of canvas around the pipe, overlapping both ends of the crack in the pipe, and finish by serving marline over the parceling.”

“It’s what you just put together with the lead, the hemp, and the canvas. A parcel. Have you no dictionaries in your time?”

“Please don’t get me started.”

“How about removing rust from iron? That must have been a problem.”

“It certainly is, but it is easy to remedy. You just rub the places that are rusting with lard and sand.”

“No. lard and sand. Did you know that an Englishman named Lothrop invented emery paper in 1831?”

“I had no idea. Why don’t you use emery paper?”

“Lard and sand are cheaper.”

“Spoken like a true American! Speaking of rust, how do you keep machinery from rusting?”

“That’s also easy,” he said. “You take one ounce of camphor, dissolve it in one pound of melted lard, take off the scum and mix in as much fine black-lead as will give it an iron color. Then clean the machinery and smear it with this mixture. After 24 hours, rub it clean with a soft linen cloth. It will keep the machinery clean for months.”

“Not so much anymore,” I said.

“Again, please don’t get me started.”

“Lead is good,” he said. “It’s the very source of the word plumber. Plumber derives from the Latin word plumbum, which means liquid silver and this is what the Romans called their lead pipes. Also, the symbol for lead on the new Periodic Table of Elements is Pb, as in plumbum.”

“That’s because you don’t have a screen to stare at.”

“Do you know how to wipe a solder joint in a lead pipe?”

“No, I’ve never had the pleasure. Please enlighten me.”

“You have to first scrape the ends for about one and one-quarter inches, and paint that with lampblack. Oil the part that’s not to be soldered. Rub tallow on the parts to be soldered after scraping for a flux. Next, open one end like a funnel with a wooden tampion, and cut the other end to be joined taper.”

“It’s a wooden stopper for the muzzle of a gun,” he said.

“And plumbers had these?"

“Got it. Sorry to interrupt.”

“That’s fine. Asking questions is how we learn. So next you have to hold the ends together in position with clamps. Then you take several folds of canvas, well-greased, in your left hand, which you will hold under the joint, and with your right hand you will use a small iron ladle to pour the molten solder over the joint. Now this is important. With the pad in your left hand, you will catch the molten solder and press it into the joint. A red-hot soldering iron remelts it and forms a sound joint that you will finish off with the pad.”

“Nowadays we use plastic pipes,” I said. "Much less likely to set yourself ablaze with plastic.”

“It’s coming your way. Try to hang on until 1907. That’s when a guy in New York named Leo Baekeland will come up with the word. He invented the first plastic and called it Bakelite."

“My goodness! And this made pipes?”

“No, not yet,” I said. “You’ll have to hang around quite a bit longer if you want to see that. We call it PVC.”

“Polyvinyl chloride. The Germans will start using it in 1936 to make pipe.”

“Sir, you are a world of information!”

“So are you, sir. Tell me a bit about boiler explosions. That was your specialty, right? The thing you tried to stop. What causes an explosion?”

“The various steps are as follows: First, there is a fracture in a plate, followed by a rending. Then you will see a violent outburst of steam and water, along with a fall in pressure. Portions of the water will then be propelled with great violence against the shell of the boiler, which is shattered thereby.”

“What did you find was the best way to prevent all of this?”

“Experience has shown clearly that the great majority of accidents and explosions happen to uninspected boilers.”

“So to conclude, let me ask you a question I was not intending to ask, but I just gotta know.”

“Well, there was the fella named Fremont Lobbestael. . . “