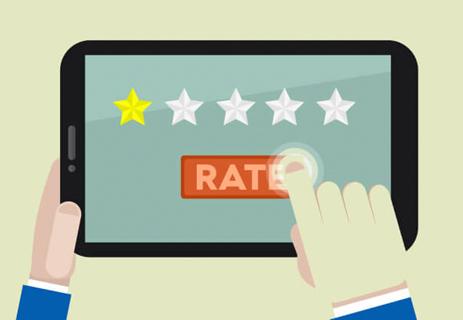 It’s a good price and they’ll assemble it for us,” The Lovely Marianne looked up from her iPad and nodded. “This is a good deal. And you should definitely not be assembling things that burn gas. All you have to do is go pick it up at the store”

“Do they deliver?” I asked.

“Yes, but you can pick it up at the store. We’re not paying for delivery.”

The gas grill that didn’t require assembly was a Weber Spirit II, on sale at The Home Depot. Our current Weber was squatting in our rainy backyard. It was older than our married daughters and begging for euthanasia as it scorched each turkey burger.

“Okay,” I said, even though I have mixed feelings when it comes to The Home Depot. Much depends on what I’m out to buy that day. If I need mulch, Home Depot is my go-to place. There’s not much you can do to screw up mulch. You just have to decide on brown or black, hump it onto a cart and shove it toward the cash register.

Heating is another subject, however. Years ago, when Home Depot first started selling boilers, I visited our local store and walked the aisle. The boiler they sold at the time perched on a shelf, looking somewhat embarrassed. There was a hand-written sign attached to its jacket that read, to size the correct boiler for your house, first measure the outside dimensions of your house (Length X Width X Height, and feel free to square it off if your house has a pitched roof). Next, multiply that result by the correct factor in to this chart.

The chart showed different factors based on my house’s location in relation to the Long Island Expressway, which horizontally bisects our beloved Isle of Long. All I had to do was multiply my home’s squared-off dimensions by that factor to get the correct boiler size in Btu/h. I knew this because the sign said so.

I did a quick calculation based on those easy-to-use instructions and came up with a boiler that would be four times larger than my house would actually need in the midst of a polar vortex.

A middle-aged man in an orange apron smiled and asked if he could help me.

“I’m looking at this boiler,” I said.

“Who came up with this sizing method?” I asked.

“There’s a reason for that,” I said, and went to look at mulch. I like the black.

That day sticks in my memory like heavy soot and it reminds me that when it comes to things that contain fire, I’m better off hiring a great contractor and then getting out of their way.

“I’ll go with you to buy the new grill,” The Lovely Marianne said.

We stared at the grills. There were a lot of them. Finally, The Lovely Marianne was able to get a guy in an orange vest to stop scurrying long enough to answer a question.

“You’re sure?” she said because The Lovely Marianne wouldn’t trust Santa Claus if he was wearing an orange vest.

“Go over to that counter,” he pointed.

As we waited our turn on the Special Orders line, I noticed that two of the cashiers were twins. We got the one who clearly wanted to be somewhere else. Under his handwritten name on his apron he had written Dilbert #1.

He tapped on the computer for about five minutes as we waited and then said, “There’s a $12 charge for assembly.”

“Assembly is free,” I said.

“Go take a picture of the sign and show me,” he said.

So I walked about 100 feet, took the picture with my phone and walked back. I handed him my phone and he stared at it like it was something he had just picked off the bottom of his sneaker.

“Where did you take this picture?” he asked.

“Over there.” I pointed. “By where you sell the gas grills. It’s the sign you told me to photograph.”

He stared some more. “Okay,” he finally said. “I don’t think it’s right. But. No charge for assembly.” He shrugged.

“How soon can we have the grill?” I asked.

We agreed on a date and time when I could come back for the new grill and he spent the next 10 minutes finishing the order. It took him that long because he had to answer the phone twice. Customers matter, right? He kept looking over at his brother, Dilbert #2, and smirking.

I returned a week later by myself because The Lovely Marianne had better things to do. The counter was Dilbert-less, but a young woman was eager to help me. She took my paperwork and tapped on her computer. I watched, not really surprised, as her brow furrowed. I said nothing. She walked to another register and whispered to in-charge cashier. Both looked at me and then whispered again. In-charge walked over and said, “I don’t think we have this in stock.”

“You mean it’s not assembled?” I said.

“No, I mean in stock. It’s just not showing on the computer. My team member is going to go in the back and check.”

So I waited about 10 minutes and as her teammate returned, I could tell that she wasn’t eager to see me. “We have just one,” she said. “But it’s not assembled.”

“How long will it take to assemble?”

“Oh, that guy doesn’t work for us. I mean like all the time. He only comes in on Saturday. Today is Monday, so you’ll have to wait at least a week. Is that okay?”

I never get upset when stuff like this happens to me because I’m a writer. This stuff is more delicious than anything I could possibly cook on the Weber.

She took her time processing my refund because she had to stop and discuss with her teammate, who was going to Starbucks for coffee, that she wanted a venti iced coffee with no milk and no cream. The teammate didn’t understand what a venti was, so she needed to explain about that. And right at that moment. While I waited.

“Well,” she said. “Starbucks got the short, the tall and the grande, and they got the venti, which is what I need. And then they got the trenta, which is so big you got to pee all the time. Don’t get me that. Get me the venti.”

“I don’t understand,” her teammate said in broken-English.

She went over it two more times, and then explained so that he would clearly understand that she definitely did not want any cream or milk in her venti, and that it was iced coffee, not hot coffee. “You want me to go in the back to my purse and get you the money,” she asked as I stood there like a wilted ficus.

“Okay,” she said and went back to processing my refund. But then the phone rang and she just had to answer it because customers matter, right?

“Oh,” she said. “I also have to refund you the 12-dollar assembly charge.”

We bought the grill at a small store just across the street. Same price. Home Depot may be so big now that they think they’re the only campfire in the woods. That’s okay; Sears used to think that, too.

What I learned, once again, is that if your goal is to disassemble your business, regardless of its size, all you have to do is hire knuckleheads. They come in all shapes and sizes and they will always be your best tool for that job. Hire them and don’t train them properly. Then all you have to do is sit back and watch. The disassembly will take care of itself.