Does It Matter Where You Place The Thermostat? Yep! Here on Long Island they've turned nearly all the "Blob" diners (remember that Steve McQueen movie from the '50s?) into grandiose castles. They've taken all those wonderful stainless-steel restaurants that once looked like railroad cars and built over them so that now each looks like the palace in OZ. People of Greek extraction own most of these diners and when you enter they whisk you to a table and rush over with glasses of ice water. After the ice water the menus arrive, and the menus are huge. Most have at least ten pages.

On the typical Long Island diner menu you'll find everything from rye toast to roasted wild boar. Place your order and a scurrying waiter returns in minutes with more food than you can handle. You could eat yourself into a coma at one of these places. I've never figured out how they can keep so much food back there. And they never close.

I sat in one of these food factories on a hot and humid night one August long ago with The Lovely Marianne, my sweet wife. We were on our way to pick up one of our four teenaged daughters from a place where young boys leer and slobber. We drank coffee, ate rice pudding and contemplated our place in the Universe.

"It's freezing in here," The Lovely Marianne said, wrapping her little hands around her coffee cup.

"The way you're holding your hands around the cup." I touched the back of her hand with my finger tip. It felt soft. "The BTUS are passing from the hot coffee, through the walls of the cup and into your hands." I smiled. She gave me a look that could curdle milk. I continued, nonetheless. "The walls of the ceramic cup, however, act as an insulator, my love." I stroked the tiny hairs on her forearm. "A metal cup would be better."

"Stop what?" I asked innocently.

"You don't like the way I'm stroking your arm?"

"Certain kinds of heat transfer, sure," she said with a wicked smile, "but not this, you bozo."

"They could take all the food out of the freezers and it wouldn't spoil in this place," I said. "Maybe that's what they're planning to do?"

"I think they just want to turn the tables over faster," she said.

"Well, let's give them this one, okay?" She nodded and stood up. I took one last gulp of coffee and we headed toward the cash register.

The owner, an elderly man who looked like Anthony Quinn in Zorba the Greek, stood behind the cash register and looked out over the shivering people of OZ. He wore a short-sleeved shirt and a wide smile.

"Mighty chilly in here," I offered.

"Something is funny?" he asked, the smile drooping into a frown.

"Oh no!" I said. "It's just that you have five thermostats and they're all mounted next to the front door."

He smiled and smacked himself in the chest with his big Zorba hand. Then he gestured grandly toward OZ and said, "This big place! I have zones. Five zones!" He pointed to each zone with a meaty finger and gave me that look Someone In The Know IN THE KNOW gives to an idiot. "Most people, they don't understand about such things," he explained. "Big place! You zone to make more comfortable. Look! Big place, eh? I work hard for big place. Work for years. Used to have Blob diner, but no more! Now have BIG PLACE WITH ZONES!"

"It's wonderful," I said, "but every time the door opens the thermostats click on."

"Don't you think the thermostats would work better if they were actually in the zones there were supposed to be controlling," I offered.

He smiled even wider. "This is what stupid heating contractor want to do," he said. "You know what happens when thermostats are in room?" He waited.

"Customer touch! Waiter touch! Waitress touch! Busboy touch! Cook touch! Wife touch! Daughter touch! Son touch! Everyone touch!" He pointed to everyone in the auditorium-size diner and then back toward the row of thermostats. People stopped talking and turned his way. "ONLY GUS TOUCH!" he proclaimed to the room, smacking himself on the chest again, just like Zorba. People looked at each other. Forks moving toward mouths stopped midway. "ONLY GUS TOUCH!" he shouted again.

"Can we go now," The Lovely Marianne asked.

"How was rice pudding?" Gus asked my beautiful bride.

"Chilled to perfection," she said with a shiver.

We walked to the car and before I could speak, she said, "Don't start, okay?"

"But it's everywhere, my little flying squirrel! Don't you see? Heating and cooling are an all-encompassing pursuit once you make it your life's work. It's a people sport. It's everywhere!"

"Want me to turn on the heater?" I asked, turning the ignition key.

"Want me to tell you how the heater works?"

"Heating is interesting, you know," I said.

"It's gonna get hotter in here if you don't stop," she said.

She's crazy about me. 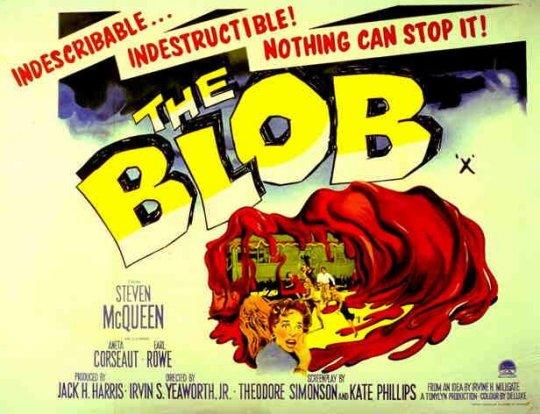