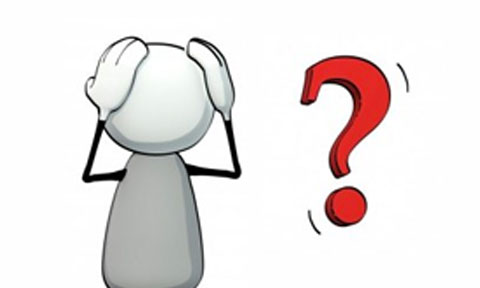 Here on the Isle of Long, if you throw a stick you’ll probably hit a Target store. I don’t have a problem with that because I really like Target stores. They usually have products that are close enough to what I need, and when they don’t, I just have to wait a few days and go back. They’ll probably have it then.

The problem, though, is that all the stuff they sell is rarely in the same place twice. This week, the tissues may be where the garbage bags were last week, and vice versa. The batteries, which were all over the store yesterday are now only in the Electronics aisle. But I know enough not to get used to that because the batteries may be in the Produce aisle on my next visit.

I once asked a guy who was putting potato chips on the low shelves why they keep moving all this stuff around. He paused for a long moment and then told me he thought it might be because there were so many senior citizens shopping in bricks-and-mortar stores these days.

“They don’t use computers,” he said.

“Yes, he said. “And they’re short. We put the stuff they need on the lower shelves so they can reach it.”

He paused for an even longer moment and then said, “Yes.”

Our daughter, Meg, is five feet tall and not because of gravity. She just is. And she’s definitely not a senior citizen. She lives in Bethesda, Maryland with her husband, John, who graduated from Stanford as a mechanical engineer. He is maybe five-two. Meg and John could wear each other’s clothes. They live in a rented condo that’s walking distance from the D.C. Metro. It’s a lovely place in all seasons except winter because their condo does not contain one ounce of caulking and just a sniff of insulation. In February, you can fly kites in their living room. The place is beautiful, though, and that’s what really matters to most Americans who don’t speak HVAC: Good looks.

Heating people, on the other hand, see things differently. When you enter a building you probably do what I do, which is to look around to see how they heat the place. And admit it, when watching a movie, you notice the radiators and mumble, “One-pipe steam,” or “Two-pipe steam, or “That pipe’s in the wrong place.” You mumble because if you said these things aloud the others would roll their eyes. They don’t care about the radiators or the water heaters until there’s no heat or hot water. Only then will they wonder. They see the world differently than we do. They focus more on senses than on things mechanical. Is it warm enough? That’s good enough for me. They ask questions only when things don’t work.

But back to Target for a moment. The folks who make Target decisions think they’re doing great things for their customers by tumbling the inventory around their massive stores like lottery balls in frenzy. Let’s keep everyone moving around, searching for where the laxative is this week. Maybe they’ll see something else they might buy. Just don’t put the laxative up there on the high shelf. That would be a dopey decision. Put it where short seniors can find it.

Speaking of dopey decisions, my Stanford son-in-law John loves the look of J.Crew clothing and it loves him. John was even more delighted with J.Crew when they finally decided to make shirts in his size, which is extra-small. John, with dreams of unsaggy shirts, hurried to the store to buy a bunch of X-Ss, but when he got there, he learned that some knucklehead at J.Crew had decided to put the extra-small shirts on the very highest shelf. They’re way up there, just above the small shirts, which are above the medium shirts, and all the way down to the largest shirts at the bottom.

This caused John to wonder, and being a very-bright, Stanford graduate, he wrote to the company about their dopey decision. He explained that there was no need to stack their shirts by size, with the Hey-You-Really-Shouldn’t-Be-Wearing-J.Crew-size down there at the bottom and the X-Ss way up at there the top.

“I can’t jump that high,” John wrote. “And you don’t provide ladders in your stores.”

J.Crew didn’t write back. I suppose they don’t like to position their shirt pyramids with the point at the bottom. Sure, that would probably sell more shirts because their shorty customers could reach what they want without having to ask a fashion model for help, but having an inverted size-pyramid would probably also violate the cool feng shui of the place. Can’t have that.

How your customers see the world matters. It really does, and dopey decisions don’t help anyone, especially someone who is trying to sell something.

Meg and John’s rented condo in beautiful Bethesda, Maryland has a heat pump that hides in a tiny closet under the stairs. Meg grew up with hydronics but has never paid any attention to it. She was oblivious to the heat pump when they moved in. She was thinking about how close their rented condo was to the D.C.Metro, the downtown stores, and the delightful restaurants. She also loved the park that backed up to the condo because it gave the kids a fine place to romp. The world seemed perfect on the warmish day when they moved in. The condo’s air-conditioning was refreshing, even though there was just one zone and a single, downstairs heating/cooling thermostat for the whole, two-story condo.

John, who grew up in Southern California wasn’t really thinking about that aging heat pump either. And neither of them thought about the absent caulking, or the fact that their unit was the last one on the line of connected condos, which gives them five surfaces of brick and concrete facing winter like a hairless dog. It can get pretty cold and windy in Maryland. Bring a kite.

Meg called me recently. “We need a new water heater,” she said.

“No, it’s just that it doesn’t make enough hot water,” she said.

“One of the coils probably burned out,” I said.

The heating bug never bit Meg. This is the child who once called me to complain about the whistling Hoffman #40 air vent on the steam riser in the kitchen of her rented, New York City apartment. “Dad,” she said, “this little silver thingy that sticks out of the side of the pole is making noise.”

It took a few years, but I got over that.

“Did you call the landlord about the water heater?” I asked.

“Yes, Dad. She said she was sending a plumber.”

Meg called the landlord, who called a heating guy.

Meg called the landlord, who called a handyman.

So now we’re looking at three separate trades to replace one water heater, along with a lot of coordination between them, the landlord, and a working couple with two little kids. And all because some long-gone builder didn’t see the world in the same way that his customers would someday see the world. Sure, how pretty and how close to the commuter train a condo is matters, but so does being able to get at the mechanical equipment when it needs service. And it will need service.

And ask yourself this: Which is going to last longer, a heat pump or a cheap electric water heater?

Right. So why would you put the water heater behind the heat pump in a closet that’s not much larger than a coffin.

You know what? The more senior I become, the dopier the decisions surrounding us seem to be.