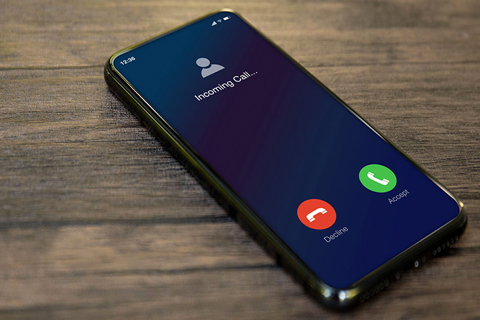 My iPhone pinged a text:

“Hi, Dan. How are you and Marianne, and the family? I’m sorry to bother you. I can’t get my steam heat to go on. I can’t get a plumber to come quickly. I guess they’re busy with the weather. Can I call you later to ask you something about the burner?”

Dr. Lisa has been our ophthalmologist for years. She has seen us through eyeglasses, infections, and cataract surgery. She is brilliant, caring, and extremely personable. She lives with a steam-heating system in a fancy-neighborhood house that likes to siphon her paychecks. It’s always something.

She called me when she had a break from her patients that afternoon, and said in a Long Island accent you could schmear on a bagel, “My kids are driving me crazy! It’s cold and I can’t get the mini-splits to work. That’s what I’ve been using. The mini- splits. They cool and heat. They’re nice when they work.”

“I thought the problem was with the steam,” I said.

“That too. It doesn’t work and I don’t know why. But now one of the mini-splits stopped working. It’s in the living room. Do you know about the mini-splits?"

“I know that they either work or they don’t work.”

“So what do I do about the steam? That’s our backup, right? The steam? I can’t get it to work.”

“Did you turn up the thermostat?”

She asked about Marianne and the daughters as she walked around, looking for the steam thermostat.

“What kind of thermostat is it?”

“Turn the dial to the right.”

“Can you hear the boiler running?"

“What’s the boiler? Do you mean the burner?”

“Yes, both of them. They’re in the basement. Can you go down there?”

Her voice was echoing a bit so I knew she was in the basement.

“It’s the biggest thing down there. It has pipes connected to it.”

“It’s about the size of your fridge, but not as tall.”

“Lisa, you can find a floater deep in my eyeball. Are you telling me you can’t find a boiler in your basement?”

“I never had to look for one before,” she said.

“Yes, that’s your boiler. Do you see a switch with a red switch plate nearby?”

“Not necessarily. Is it on?”

“Okay, that’s good. Now a steam boiler has to have water in it to make steam. Can you see the gauge glass?”

“It’s a round tube of glass between two valves. The valves look like what you connect your garden hose to. The glass is round, like a Tom Collins glass but thinner and without the decorations, or the lemon peel.”

“It shows you how much water is in the boiler. Water seeks its own level. The level of the water in the gauge glass shows you the level of water inside the boiler?”

“You mean the burner?”

“No, the boiler. The burner is what makes the fire. Like a burner on your stove. The boiler is like the pot you use to cook pasta. Do you have oil heat or gas heat?”

“I don’t know. I cook with gas, and I think they took a big tank away before we moved in. The seller told me he was going to do that.”

“You have gas heat. Can you see the gauge glass?”

“I can’t. It’s really tight around the Burnham. There’s hardly any space between it and the walls. And there’s no light in here.”

“You’re going to need a plumber, Lisa. Your thermostat is wired in series to a device we call a low-water cutoff. It’s probably connected to the gauge glass, but it could be a different type that sticks into the boiler. That’s what we call a probe. Do you know what a series connection is?”

“Oh, there’s also a pressuretrol. The plumber has to check on the pressuretrol, the low-water cutoff, and the thermostat to make sure they’re all working as a team. If one of those things doesn’t work, the electricity can’t get to the burner to make the fire. The burner is also in that series. They’re all holding hands.”

“It controls the steam pressure when the burner is running. It looks like a small gray box. Do you see it?”

“You said you called your plumber?”

“Yes, he said he couldn’t come because he was busy.”

“There are other plumbers. Try calling one of those.”

“Okay. I’ll let you know what happens. I used to call my dad for this stuff, but he’s old now and really not up to it.”

“A plumber will help.”

“Lisa, you fixed my eyes. What plumber could fix my eyes?”

She called me later that day and told me that the plumber flipped the switch at the top of her stairs and the burner came on.

“I should have asked you if you had a second switch at the top of the stairs. Sorry about that?”

“No, it’s fine, Dan. It was an expensive lesson but I learned.”

“Yes, he said the gauge glass and that low-water thing was back in the tight space. He was overweight so he kept shoving me back there so I could see it. That wasn’t very nice but he seemed to know what he was doing.”

Lisa was looking into my dilated right eyeball a few months later, telling me about her school-aged kids and asking me if the asbestos that may or may not be in the siding of her old house was a danger.

“I was a math-and-science kid in school,” she said. “I was never any good at English. I’m not a writer, like you. I don’t know if I’m explaining it right. Asbestos scares me. What do you think I should I do?”

“I’ll make a few calls and let you know.”

I called a contractor friend and asked him who he uses for remediation in the area where Lisa lives. He recommended someone and I told Dr. Lisa.

“I don’t feel right about this guy,” she said on the phone when the remediation specialist had left.

“Shouldn’t he be wearing a hazmat suit, or a spacesuit, or something,” she said. “He showed up wearing street clothes. That made me uncomfortable.”

“Did you let him test the siding?”

“I did. He said it wasn’t asbestos, but I don’t know if I believe him. You know, because of what he was wearing? He didn’t seem like a professional.”

She paused and I waited, lost for words. She was concentrating, staring through a series of lenses at the insides of my eyes. After a long moment, she leaned back and told me things about the current condition of my eyes, and their future prospects. It made me feel so assured that The Lovely Marianne and I were right to trust Dr. Lisa with our sight.

To each his own, right?