Andrew Carnegie was once a member of this organization, and a major donor to its library, which is magnificent.

They have a photo of him. He's one of many guests seated at a dinner party that took place there a long time ago. I joked with Victoria Dengel, who is the Executive Director, that when I die I want to be in that photo, like Jack Nicholson in that last scene in The Shining. I want to sit at Mr. Carnegie's table with a big smile on my face.

And there were many more photos taken over the years, generations of  people gathering for dinner and conversation. Victoria pointed to a very special one. "No one comes to this place without meeting my parents," she said, pointing them out.

"Are they still with us?"

She smiled into the past. "No, but thanks for asking."

They were still with us, though. I could see them - as well as the others - in Victoria's eyes, and in that quiet smile. By hammer and hand, all arts do stand.

I was born in Manhattan, and when I was young and starting out in this business, I typed a quote from Mr. Carnegie on good paper and put it in a frame. I hung it on the wall just above my typewriter and read it again and again.

At the time, I was working for a manufacturers' rep during the day and as a security guard at the Nassau Coliseum at night. We had four small daughters and Marianne stayed at home with them. In between those two jobs, I vacuumed the reps' carpets, emptied the ashtrays, and cleaned the toilets, all for $225 a month, which paid our rent.

About that organization. Here's how they tell it on their website:

"Among the many resplendent flags unfurling in the midtown Manhattan breeze is the gold and royal blue emblem of the General Society of Mechanics and Tradesmen. Housed within the General Society’s oak and marble walls, beneath the subdued glow of polished antique lamps, is New York City’s oldest technical school – the Mechanics’ Institute. "In 1820, The General Society opened one of the city’s first free schools. There was no public school system in New York at the time, and only two other free schools were to be found in the entire city – one in the almshouse, and the other open only to the children of freed slaves. Children of members were admitted free of charge, and a small fee was required from all others. (Later that same year the Society added a separate school for girls.)

"In 1858, after the New York City public school system had been sufficiently developed and daytime instruction became widely available, The General Society elected to convert its school into a Mechanics’ Institute that would provide training to those citizens whose work obligations prevented their pursuit of a formal technical education.

"Mechanics’ Institutes were educational establishments formed to provide adult education, particularly in technical subjects, to working men and, later, women. As such, they were often funded by local industrialists on the grounds that they would ultimately benefit from having more knowledgeable and skilled employees. The Mechanics’ Institutes also served as 'libraries' for the adult working class, and provided them with alternative pastimes to gambling and drinking in pubs.

"The first mechanics’ institute was incorporated in Glasgow in November 1823, founded on work begun at the turn of the previous century by George Birkbeck. Through the auspices of the Andersonian University, Birkbeck first offered free lectures on arts, science, and technical subjects in 1800.

"Our Mechanics’ Institute’s focus has been to provide 'privately endowed free evening instruction to respectable young men and women to improve themselves in their daily vocations,' and to assist those who were obliged to become wage earners before completing their desired education.

"Many of the Institute’s alumni, such as Andrew H. Dykes of Dykes Lumber, Harry S. Weller of the L.J. Wing Manufacturing Co., and Andrew G. Hagstrom, of the Hagstrom Map Company, have become renowned and respected members of industry and society.

"Between 1898 and 1903, Andrew Carnegie, himself a member, contributed over half a million dollars to the General Society. Generous gifts came in from other members as well, and by 1913 enrollment at Mechanics’ Institute had reached 2,300. 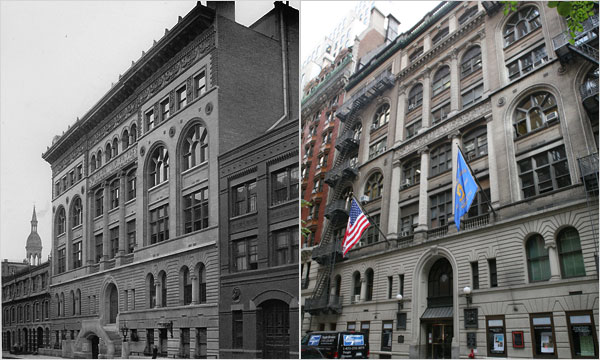 "Today, The General Society is located at 20 West 44th Street, across from the Harvard Club of New York, and is listed on the National Register of Historic Places. Its school, the Mechanics’ Institute, is the oldest privately endowed, tuition-free, technical school in NYC, with more than 180,000 alumni."

The General Society began in 1785 and I've known of them and thought of them for most of my career. High on my Bucket List has always been the dream that they might someday invite me to speak in this building

They heat the building with steam. There's an antique boiler in the basement that once burned coal and then oil and now just sits like a lost old man as district steam from Consolidated Edison enters through a pipe buried beneath West 44th Street. The steam moves through two pressure-reducing valves, ignoring the old boiler, and soars upward toward the radiators, which have been hard at work since the 19th Century. They, too, are antiques, but very workable ones.

Andrew Paul invented vacuum heating. He did this by using, instead of radiator air vents, special fittings and small tubes that ran to an air-ejector in the basement. Each radiator has a supply valve and a return valve. There are no steam traps because these did not exist when this building was born. It's normal for this system to have steam in both the supply- and return pipes.

Andrew Paul's vacuum lines are long gone and there are now standard air vents on the radiators, which makes it a two-pipe, air-vent system, a system quite common toward the end of the 19th Century.

A contractor who seemed well versed in steam heating from the 1930s was suggesting things that would have thrown this system into a tailspin because 1880s steam heating is very different from 1930s steam heating, and not everyone gets that.

I offered a lot of suggestions when they asked me to visit and explore the system, which was crying for help. And when I was through, they asked me to return and speak to their members and students.

During that talk, I explained that I had lived my entire life, studied the way I had  studied, listened to the dead, again and again, and learned what I needed to know from them so that I could be there and touch this grand building. We choose and turn corners and nothing is ever the same, but this magical place has always been my destination.

I needed them to understand that.

And after I spoke, they invited me to join the General Society. I never thought that possible, and this honor, coming in the last year of my speaking career, was the absolute high point of that career.

To touch this building. To share, to leave there what I've learned. To be with these people - the living and the dead. To remember, and to go forth.

It has always been about this.  I understand that now. 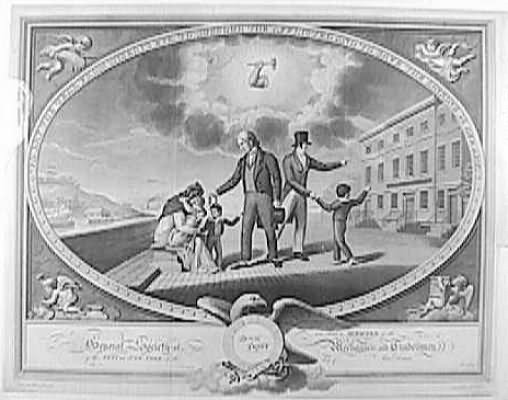 To learn more about the General Society, click HERE.