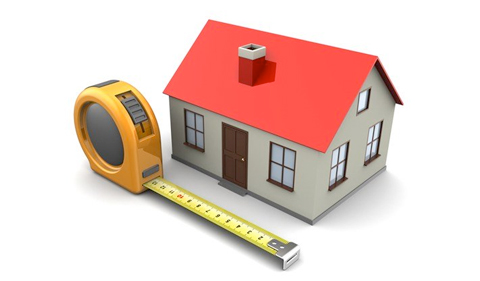 Our daughter Erin, concerned about the heavy rains Maryland had been having, wanted to have some window wells on her basement checked out. She called a company she found on the internet to see if they would come and take a look.

“I don’t need to look,” the guy on the phone said. “Just give me your address.”

“Why do you need my address if you’re not going to come and look?” Erin asked.

“No need to drive all the way there,” he said. “I’ll just look on Google Earth.”

Erin called someone else.

“Where do the cars and the people go, Poppy?” they asked.

“Sure. Ask your mother,” I smiled.

Grandkids are great, aren’t they?

Anyway, I wondered if you could actually see the condition of a window well from space, or whether Erin’s not-to-be window-well guy just had a standard price per window well, no matter what, and was going to figure out how many wells he needed for a house her size.

And how would he know how large her house was? I suppose he could estimate it by the size of the cars in her driveway. Everything is relative, right?

Which reminds me, we have a blacktop driveway at our small house on the Isle of Long. It holds just one car, The Lovely Marianne’s. I get to park in the street and I’m fine with that; I can use the steps.

I called a guy to see how much he wanted to seal our driveway. He asked me how many cars I could park on it. I told him just one.

“You couldn’t fit another one in there in case of snow?” he asked.

“Not unless part of it stuck out onto the sidewalk,” I said.

“A hundred bucks,” he said.

“Do you need to see the condition of the driveway?” I said.

He didn’t ask me if there were any gaping holes in our driveway. He just figured it would be what he expected once he got here. He told me he had been doing this for a long time.

When I was still quite young, an old-timer who worked for an oil company told me that you could tell how many cast-iron sections a boiler needed by using your fingers.

“All you got to do is stand across the street from the house and stretch out your right arm like this.” He stretched and bent his hand upward, palm-side out. “You see how I’m showing just four fingers?” he said. I nodded. “That’s important. Now, I just sight down my arm. If my four fingers cover the width of the house, that house gets a four-section boiler. That’s how we do it. Quick and easy.”

“What if the four fingers don’t cover the house?” I questioned.

“Then you got to add more sections,” he said, raising his left hand to meet his right hand to show eight rigid fingers pointing upward toward Total Assurance. “That’s how it’s done, kid. And I’ll tell you this: Rarely will you need more than an eight-section boiler in most neighborhoods. These houses ain’t that big.”

“How far across the street do I need to stand?” I asked.

“It’s just the way it is, kid. Trust me on that. I’ve been doing this a long time,” he stated.

Another contractor told me that he sizes boilers based on the width of the doorway leading to the boiler room. “I bring in the biggest one that will fit through that rectangular hole,” he said. “You can’t go wrong doing it that way.”

“How long have you been doing it that way?” I wondered.

“You ever have a problem with oversizing or under-sizing?” I asked.

“Well, people complain sometimes,” he said. “But that’s just how people are. You’ll learn that.”

These days, we have apps on our phones and software on our desktops that will size just about anything we need that heats a building, but there are still plenty of people figuring things the way they’ve always figured them.

“Why did you use a 2-inch F&T trap on that return line?” I once asked a contractor who was complaining that the traps don’t last very long.

“Three-quarters would look stupid,” he said. “The pipe is 2 inches.”

“That’s because it’s carrying steam, which takes up about 1,700 times more space than water. It needs to be 2 inch. It has to have space to stretch out in. If it’s in a pipe that’s too small, it will go too fast and that will cause problems. But if you oversize the trap by basing it on pipe size it’s going to fail,” I explained.

“Because it will barely open to release the small amount of condensate it’s going to have to handle,” I said. “When a trap barely opens, the speed of the condensate moving across the narrow opening causes the trap seat to erode. It’s called wire-drawing. Once that happens, the trap won’t be able to close. That’s what you’re seeing here.”

“But that’s not the way I figure trap sizes,” he said. “I was taught to base the trap size on the size of the pipe. That’s all.”

“Who taught you that?” I asked.

“A guy I used to work for. He was doing this for years,” he answered.