Good Help Is Hard To Find 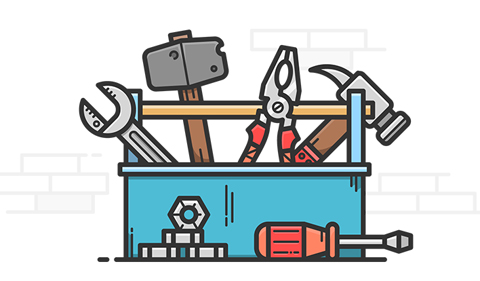 My neighbor, Tony, loves his house. We live in a low-crime neighborhood on Long Island but Tony is always on guard against miscreants. He has a Ring camera on every side of his house, mounted high so they’re protected from spray paint. Some of the cameras turn on klieg lights and alarms if I step outside at night to toss the trash in the can. He owns a pitbull and a bulldog. He padlocks all his gates and has signs on each that read, “I can make it to the gate in 2.5 seconds. Can you?” A graphic of a snarling pitbull accompanies the challenge. I don’t know if the bulldog is that swift, but I’m sure he’ll get there in his own sweet time.

Tony hired a guy to replace some roof fascia at the high point of his two-story house. I was watching the guy clamber around up there as I was filling a blow-up pool for my granddaughter, Quinn. He wasn’t strapped to anything other than dopey hope and he managed to drop his cordless drill from on high. It took a bounce off the roof of Tony’s sunroom and then careened into my yard, its bit going right into the side of my brand-new, blow-up pool.

The guy looked down from his perch and smiled.

“You just wrecked my pool,” I said.

The guy shrugged, as though this wasn’t his concern because the damage had taken place in my yard, and I wasn’t his customer. Then he positioned his hands like a MLB catcher and gestured for me, your aging writer, to throw the drill back up to him as he dangled.

I shook my head and gestured toward the 200 or so square feet of sunroom glass between him and me.

He gestured again, indicating that it would be okay with him if I missed.

I shook my head.

“Throw it over the fence,” he said, and disappeared over the roof.

“You wrecked my pool,” I whispered.

Tony came home later that day and I told him what had happened.

“Why did you hire that guy?” I said. “He’s a liability. He’s hanging off the edge of your roof, dropping heavy tools where Quinn was playing. Does he even have insurance? You worry about everything when it comes to your house. You should be worried about this guy. Hey, he could have killed one of your dogs.”

“The dogs were in the house.”

“He did say he was sorry to me,” Tony said. “I didn’t know what he was sorry for, but I guess it was for wrecking your pool. He just said I’m sorry after I paid him. And then he left.”

Tony shrugged. “It was a small job. I couldn’t find anyone else who was interested in doing it.”

Seems like we’re ready to hire anyone who shows up.

A waiter arrived and asked what we would like to drink. Three of us ordered the local beer. The fourth guy ordered a Jameson on the rocks.

The waiter returned a few minutes later with our drinks on a tray. He smiled and said, “Who ordered the beer?”

One of the Long Island guys turned to his partner and said, “This guy could work for us.”

His partner raised his hand for his beer and said, “Yep. We hire the unhirable.”

Sure seems that way, doesn’t it?

We once hired a plumber to change a sink in our upstairs bath. I knew the owner and he sent me one of his guys. It was a simple job. When the guy was done, he said, “You’re all set. But I hope you know someone who can spackle.”

“I dropped my flux brush and had to open the wall in the laundry room to get it back. It’s not a very big hole. Just about a foot square.”

He shrugged. “It was a good flux brush.”

I called the owner later that day.

One of the guys who posts regularly on The Wall at HeatingHelp.com wrote, “Once again, I'm a walking cautionary tale. A new hire at our place decided that a four-foot-long piece of two-inch steel pipe might make for a fun javelin. So, he threw it through the back door of one of the service vans while I was standing at the open side door. The pipe flew through the van, exited out the side door and cracked open my head."

He posted a photo of said head, which looked a lot worse than my blow-up swimming pool.

He posted below his sad photo, “Let's remember that just as much as it is our job to teach them mechanical skills, it is also up to us to teach them how to work with other people around.”

I thought that was a generous and commendable comment, but it begs the question: Stay or go?

Will a single talking-to cure the problem? Or is this helper a loose pin in a grenade?

Other Wallies weighed in with their thoughts, which were both thoughtful and blunt:

So, should they stay or should they go? These days, there’s no easy answer to that question. I suppose the best advice would be to wear a helmet.