How to heat a "cottage"

Some years ago, and this was during the winter, The Lovely Marianne and two of our daughters were wandering around Newport, Rhode Island when we stopped in to take a tour of The Breakers, which Cornelius Vanderbilt II had ordered built as a summer cottage for the family back in 1893. It has 70 rooms.

We laid down our money and joined a tour and spent a pleasant hour learning about life during the Gilded Age. The Lovely Marianne and the daughters ogled the furnishing, the artwork, the wall coverings, and of course, the view.

I looked for the radiators.

You probably would have done the same.

I didn't spot any until near the end of the tour when we came upon this gorgeous Nason radiator. It was just off the kitchen and I could tell by the piping that the Vanderbilts had enjoyed hot water heat during the few cold days that they spent at The Breakers. Nothing but the best for the Vanderbilts.

When the tour was over and our guide was directing us into the gift shop I asked her if I might poke around a bit in the basement. "Not possible," she said. "It's off limits. Sorry." So I hung my head and entered the gift shop, imagining what might be down there in the basement, and up in the attic, and behind all those gilded walls. Such is the life of a wethead.

But then one spring I got an e-mail from Holly Collins, an historian who was working with The Preservation Society of Newport County. She found the HeatingHelp.com website and had been gobbling up the historical stuff we keep there. It seems the Society plans to offer a mechanical tour of The Breakers. Holly had tracked down most of what there was to know about the electrical system, the gaslights, the antique elevators, but she was having trouble defining how the heating and domestic hot water systems worked. Would I be able to answer a few questions? 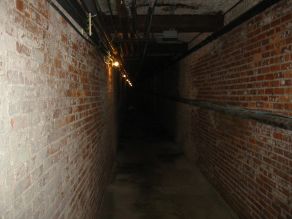 We corresponded for months and I was able to fill in most of the blanks for her since I'm the current caretaker of many of the books that the Deadmen wrote back in the day when these systems were new.

"Walworth and Nason, the first heating contractors, might I have photos of them?"

"How did indirect hot water heating work? Do I have specs on those systems?"

The mechanical drawings for The Breakers were ordered burned by the Vanderbilts after construction so that no one would be able to copy this system. Imagine that.

"Would you like me to visit? I'm going to be in the area."

"We have no money to pay you."

"That's okay," I said. It had taken three years, but I was finally going to get to wander beyond the velvet ropes. 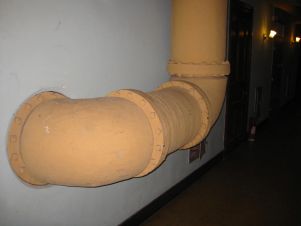 Park your car and walk across the street to The Breakers. You'll come upon a set of magnificent gates, beside which sits the caretaker's cottage (which is larger than most homes). Coming out of the top of this cottage is a huge chimney. You might miss it if you're not paying attention. The main house sort of grabs you by the lapels and shakes you as you pass through those gates, but look to your left and up and you'll see the chimney. There once was a boiler room buried under the ground, right next to the cottage. And sticking out of the ground is an air-intake pipe, like something you'd see on the deck of the Titanic. Combustion 101.

The boilers used to be 300 yards from the house. The original Breakers, a wood structure, had burned to the ground in 1892. The architect, Richard Morris Hunt, wanted to make sure stray coal embers didn't cause that to happen to the new place, so he had the boilers placed a football field away. Big pumps once moved the heated water through a tunnel to the house where it warmed freestanding radiators in the less-public areas, and indirect radiators in the main rooms.

It was the indirects that were most fascinating to me, as they always are. These units, which are more like boiler sections than radiators, hang inside brick structures inside of which you could hold a small tea party. You access them through cast-iron doors, placed throughout the basement. I opened one and shined my flashlight into the gloom. The last person to look in there may have been the installing contractor. Coming up through the floor in these hydronic catacombs are a series of terracotta sleeves. That's how the fresh outside air enters. Above the massive indirect heaters is the ductwork that carries the warmed outside air up into the living spaces. There are no return-air ducts. The warmed air just goes from the rooms to the outdoors.

Below the basement there is a sub-basement, and this is the plenum for the fresh air. It ends in a huge underground room below one of the terraces. This room serves no other purpose than to be a plenum entrance. I was starting to feel like Batman. 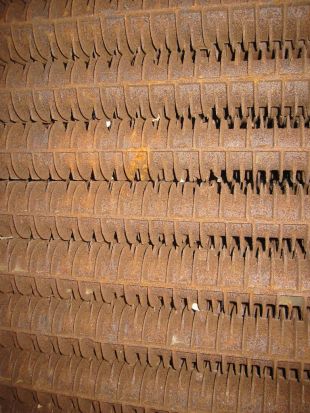 Speaking of which, I was up in the attic, which is about the size of a basketball court. Well, probably bigger. The producers of the latest Batman film wanted to use this place for their film. No dice.

Light booms down through an enormous skylight in that attic and fills the place with brilliance. This is so the huge stained-glass ceiling in the main room can impress all who walk through the front door. It's wonderful.

Up there in the attic are the two open expansion tanks for the heating system, each rolled and riveted and about 12-feet tall and five feet wide. I spent some time thinking about the men who installed them up there. Near these are the holding tanks for the seawater (hot and cold saltwater baths were available at The Breakers), and for the rainwater. Nothing nicer than seawater and rainwater. And in addition, there's also city water coming into this place.

So we have pipes for seawater, rainwater, city water, and heating water (the main heating pipes were about two feet wide), and everything runs everywhere and there are no mechanical drawings to show you what's what. I found myself in a state of bliss. There I was, in the Land of the Deadman, and I was completely and blessedly free to roam. Which I did. It's good to be the heating guy.

We wandered for most of the day, and then we corresponded some more, and in the end, I think we had a fine story to tell anyone inclined to take that someday Mechanical Mystery Tour of The Breakers. If you ever do, think of me.

And think of John D. Clarke of New York City as well. He's the man who did the installation. His name is cast into much of the heating equipment, and isn't that a wonderful touch? Wouldn't it be nice if equipment manufacturers brought back that tradition today?

John D. Clarke of New York City knew how to heat a 70-room cottage in 1893. And he got it right the very first time.

Don't you wish you could have met him? 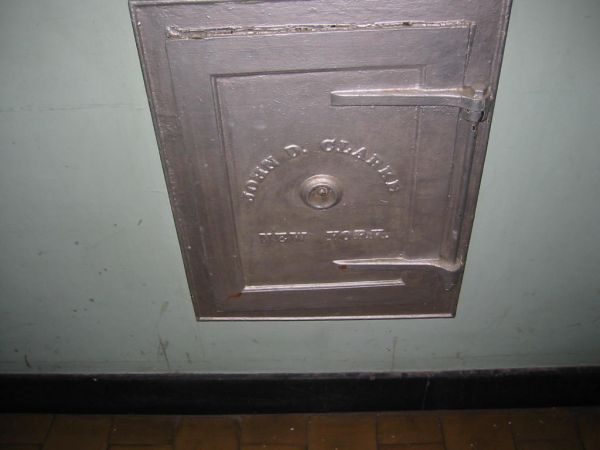 Update: As of June 2017, you can now view the underground tunnel, basement, and boiler room of The Breakers during their Beneath the Breakers Tour. Take a walk through history.