On July 20, 1998, Modern Library put out a call to readers, asking them to vote on what they thought were the 100 best novels written in the English language during the 20th Century. Modern Library closed the voting three months later, after nearly a quarter-million people had voted. I can’t resist lists like that one and I’m now finished with it. It was a fine journey.

One of the books on that list is James Joyce’s basically incomprehensible, 628-page tome, Finnegan’s Wake. Pick it up sometime if you’re looking to improve your powers of concentration while becoming even more confused than you already are.

It’s worth the effort, though. There’s not much plot in there (if any), but he does have a character named Dan Holohan on page 147, which I found delightful. The rest appears to be gibberish, but if you read slowly and concentrate, you’ll begin to get it – sort of. For instance, at one point, he writes, “Money. Pleasend.”

I was thinking about that and the rest of the dog’s breakfast that is Finnegan’s Wake, when I spotted the unusual word, hydronicheating, during a Google search. It occurred to me that if you remove the space between hydronic and heating you get a brand new word with a whole new meaning, one that applies to some folks who ply the trade of heating with water. I think Mr. Joyce would be proud.

Here are a few examples of hydronicheating:

Guessing at the size

I had a guy call me the other day to ask if I thought a certain size boiler would be okay for a certain size building. I asked him if he had done a heat-loss calculation on the building because that’s the only way to know for sure with a hot-water boiler. If it was a steam system he would measure all the radiators. He said that he hadn’t figured the heat loss so, curious, I asked him why not. “It takes too long,” he said. “And I’m really not sure how to do it. And I don’t like math.” So he called and wanted me to tell him it was going to be okay. That’s hydronicheating.

James Joyce could bend and twist the English language like a champ but you’ll be practicing hydronicheating if you try to bend the laws of physics when it comes to removing air from the system. In 1803, William Henry wrote Henry’s Law, which declares that gases dissolve in liquids in proportion to pressure and temperature, meaning that the hotter the water gets, the quicker the dissolved gases will leave it. And since gases are lighter than water, they will rise to the top of the system, where they will probably block the flow of water and screw up the system balance. Air separators catch the air at a point where the water is hottest and that’s good. If you skip the air separator you’re cheating. Chose a brand you like and use one on every job.

Radiant tubing works best under a wood floor if the tubing is snug within metal plates that will move the heat by conduction from the water to the wood. Lots of smart people have studied the difference between having plates and not having plates, and the plates win every time because they let you lower the water temperature, and that’s certainly good for your customer. Leaving them out is hydronicheating.

One of my favorite Dead Men is Ara Marcus Daniels, a writer on steam, who penned these words in 1928: “Uncleaned boilers may be the cause of seemingly faulty heating systems. No installation is complete or finished until the boiler has been thoroughly cleaned.”

Now there’s some great advice that’s even more important today. Just imagine how dirty that system is after all these years. But many contractors do their best to avoid cleaning the insides of both steam- and hot-water systems after they work on them. Avoiding cleaning is cheating and also a fine way to mess up your reputation when the dirt-related problems show up.

Leaving out the valves

Service valves add to the cost of the job, but if you explain the benefit of these simple devices to your customer you’ll look smarter than the other guy. What homeowner wants to pay for the time it takes (and the mess it makes) if a service tech has to drain the whole system to change a part? Everyone wins when the right valves are in the right places. Tell your story well and do the right thing. That’s good hydronic heating.

And speaking of service, how many times have you been on a job where the original installer didn’t think of you and how much trouble you’re going to have trying to get at that component that’s blocked by his misplaced pipe? I once looked at a gas pipe that actually touched the back end of a circulator. The contractor I was with had to drain the system and remove the whole circulator to change its broken coupler. Hydronicheating at its worst.

The guy was changing the boiler on an old steam system. He called to tell me that the homeowner said his system needed a vaporstat and not a pressuretrol The guy asked me if that was true. I asked him what sort of steam system it was. He said he didn’t know but would go back and look. He called a while later and told me the system had a Trane return trap. I told him he was working on a vapor system and that the homeowner was right. It needed a vaporstat. The guy said he would reinstall the one that was on the old boiler because he didn’t want to buy a new one, and then asked me if the old one would work. I asked him if it was broken and he said he didn’t know.

When the homeowner knows more about the system than you do, that’s hydronicheating.

After finishing Finnegan’s Wake, James Joyce commented, “I put in so many enigmas and puzzles that it will keep the professors busy for centuries arguing over what I meant, and that’s the only way of insuring one’s immortality.”

That’s a fine way for a great writer to think, but if you fill your jobs with enigmas and puzzles, if you build a dog’s breakfast of piping that few can understand, you won’t be immortal; you’ll be immoral.

So take pride in every job. Learn. Do it right. Don’t cheat. And do it all day long, or as Mr. Joyce wrote, “From gold dawn glory to glow worm gleam.”

And isn’t that a gorgeous bouquet of words? 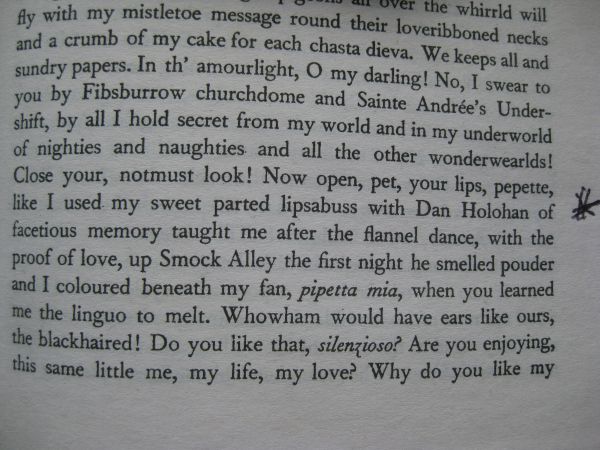