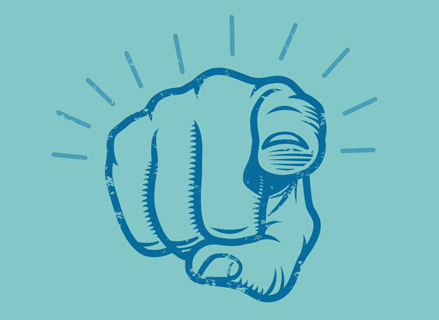 I was sitting next to a 99-year-old woman in an auditorium. I knew she was 99 because she introduced herself as Irene and told me her exact age. Then she sat back and waited for me to say something.

“I go to these programs because my doctor told me that when it comes to the brain, you have to use it or lose it,” she told me. I nodded.

“Do you think that’s true?” she followed up. I said that I did.

“I don’t really care for these programs; I can’t hear a word they’re saying,” she explained.

“What did you say?” she asked. I said it again.

The people on the program, a panel of three, were all using microphones. We were seated in the third row, and right in front of a loud speaker.

“Do you wear hearing aids?” I asked.

“Do you wear hearing aids?” I repeated.

“My hearing is fine,” she shouted.

“Perhaps you should get checked again,” I said.

As far as she was concerned, the problem was with the panel and not with her hearing; they weren’t loud enough and needed to talk louder.

That got me thinking back to my pre-retirement days when I owned HeatingHelp.com. The internet was taking halting steps toward video and a site called HVACTV.com was producing wonderful programs. It was all so new and exciting, and they asked me to be on a bunch of the programs. I jumped at the opportunity and told the folks who were posting on The Wall bulletin board at HeatingHelp.com to tune in and see the future. This is when things got interesting.

Getting on the internet back then was all about hooking your computer to your landline telephone (remember those?). Most of what we were doing involved stumbling around those early search engines and going on bulletin boards that were still wearing diapers. The amount of data going back and forth was tiny compared to what streaming video commands. Video wanted a cable hook-up. No, video demanded a cable hook-up.

But, the dial-up people didn’t want to make that sort of an investment. Why should they have to pay for cable when they were getting the internet on their telephones for free? The way things were suited them just fine. It was comfortable and cheap.

The HVACTV.com folks did their best to explain bandwidth and how video needed a wider road. They even compared it the flow of water through pipes. They explained that we all needed bigger pipes. But their potential viewers weren’t interested in hearing about any of that. They said that HVACTV.com should somehow slow the video streaming process to a crawl so that they, the dial-uppers, would not have to go to the expense of keeping up with the current technology. They were furious that someone would even suggest that they do that. The problem wasn’t with them; it was with the rest of the world. It was all moving too fast for them and needed to slow down in order to accommodate what they were comfortable with. I watched all of that in wonder. It’s not them; it’s you, HVACTV.com.

Once, I was looking at an old asbestos-covered steam boiler in a dank basement. It had earned its retirement years before and now had a softball-sized hole at its waterline.

“It’s time for a new boiler,” I said to the homeowner.

“Holes are different. It’s dying now and it’s not safe,” I said.

In 1907, Mark Honeywell patented a unique radiator valve that he called the “unique radiator valve.” Isn’t that clever? It was a way for them to compete against one-pipe steam with a hot-water radiator back in the days when both steam and hot water heating were still wet behind the ears.

This single connection to the radiator was what made gravity hot water heating competitive with one-pipe steam. It was a big deal for Honeywell and the industry, but they stopped making this valve a very long time ago. They’re still out there, though, which speaks well for the quality of the thing, doesn’t it?

That alone is unique! But most people understand that anything mechanical is eventually going to poop the bed, and when it does, the homeowner will ask if anyone has parts for it. When you explain that no one does. They don’t like that answer.

When asked, I explain that most manufacturers of thermostatic radiator valves make a TRV with a single-point connection that has a dip tube. They use these mainly with panel radiators, but they will also work with old cast-iron radiators. The dip tube mimics that metal blade in the unique valve.

“You’ll have to modify the original supply and return lines to accommodate the TRV, but it can be done,” I say. “Are you handy?”

“I’d rather just get parts for the original valve,” he responds. “What you’re suggesting sounds like it’s going to cost me a lot of money. I don’t want to spend a lot of money. I shouldn’t have to. This thing has been here for years. Why should I have to pay a lot to make it work? It’s supposed to work. It’s simple. You said so yourself.”

“No one makes those parts anymore,” I say.

“Someone must have them.”

“And you weren’t much help,” he says. “Just so you know; hardly any help at all.”

See? It’s not him, it’s me. He’ll probably be calling you before long. He’s nothing if not persistent.