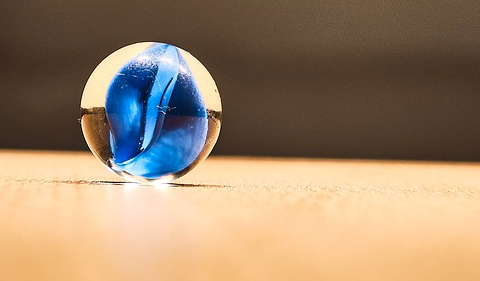 I worked for a manufacturers’ rep when I was first learning about hydronics. A guy I worked with was 15 years older than me. He knew that I had absolutely no training as an engineer so he took a different tack with my education. He made me close my eyes and imagine myself as a marble rolling through the pipes.

“I guess that would work for a chilled-water system,” he said. “Close enough.”

He'd have me imagining what it felt like to rub up against the insides of the pipe as I rolled around.

“Can you feel the friction?” he asked.

“Okay, don’t roll. Just drag yourself though the pipes,” he said.

"Here, do this,” he said. “Walk down the hallway and rub your right arm against the wall."

I understood it because I could feel it and see it in my mind’s eye. He was a good teacher. One day, he had me visualize myself as a marble crashing into the pipe wall as I raced into a 90-degree copper elbow.

“That’s also friction. Can you feel it?”

I nodded and smiled, “Yes.”

He made me think about what I would do when I rolled into a tee. He asked me which way I would go. I'd tell him I didn't know. He'd tell me to think about and to feel it. "Which is the easiest way to go?" he'd say. "Where's your path of least resistance?"

He was so good at making the marble movement of water in a hydronic system visual for me. I’m not an engineer. I can’t think in numbers. I need to see it. Feel it. And even more than 50 years later, if I'm trying to solve a problem with a hydronic system, I'll go back to being the marble. I'm a cat’s-eye. I see which way I will go. I can feel it. And I know why I’m going there. That's visual thinking. And that’s key to troubleshooting hydronic systems.

But now think of the marble. Suppose it finds an easier path back to where it started? Remember, all the flow in a hydronic system is going from the discharge of a circulator back to its suction. The water is lazy and it's looking for a shortcut. If there's no heat and purging air that’s not there doesn't work for you, start thinking about resistance to flow because where there is no flow there is no heat.

The same goes for water. The greatest difference in pressure between two points often happens in the circuits that are closest to the circulator. The further out into the system you go, the closer those points of pressure differential tend to get. So up on the top floor, you may have little or no movement of water. It’s just not feeling enough differential pressure to create much if any flow. Low flow means low heat, and no flow means no heat. And both look just like air problems. Don't be fooled, though. If you're purging and not getting any air, it's not an air problem.

So be a marble. Roll around and imagine where it’s easiest to go. See it. Feel it. Be it.

My father was once the service manager for that manufacturers' rep where we both worked. We sold Bell & Gossett. They made flow-control valves to stop gravity circulation (which some call ghost flow) into zones that were off when other zones were on.

Problems showed up during the 1970s when the boiler people switched from boilers you could live inside of to those tiny "flash" boilers that came up to temperature faster than you could burp. In fact, that's what B&G called the problem the shoebox boilers were having — thermal burping. And isn't that a delightful way to put it?

The flow-control valves would pop wide open when the boiler raced up to temperature and that led to ghost flow and overheated customers.

The factory guys suggested that my dad wrap solder around the weight to give it a bit more resistance to burping. My father tried this but got mixed results. The marble had found an easier way and it was taking it.

So Dad had a local machine shop fabricate what he called "the heavy insert." This was a hunk of brass stock that weighed more than steel-toed shoes. He tried it in the field and it worked like a charm. To this day, I'm still trying to figure out how the common circulator was able to lift that barbell of an insert when the thermostat called, but I suppose that speaks well for oversized circulators, doesn’t it?

Ghost flow doesn't need a whole circuit to happen. It just needs one pipe. If a flow-control valve is on the supply pipe of a zone that’s off, hot water will be more than happy to ghost-flow out of the boiler and into the zone’s return pipe. This is especially true if the return drops vertically into the boiler. The back end of the radiator will get hot and you'll start thinking that water is flowing backward. You'll be correct, but it's not the circulator doing it. It's the marble finding a path it can take. It's a ghost flow. The solution is to add a second flow-control valve on the return.

The same applies to primary-secondary pumping. You often need flow-control valves on both sides of those secondary circuits to prevent ghost flow when the secondary circulator is off. I learned that one the hard way and never forgot the lesson.

One more: Many older systems still have those old-school compression tanks that hang from the basement ceiling. These are not the tanks with the diaphragms. They just contain water and air, separated by nothing. One pipe connects the tank to the boiler or to the system piping. Hot water will rise up that pipe by buoyancy, displacing the cold water that’s inside the tank. That tank water will flow downward by gravity through the same pipe that the hot water is using to rise upward. That relatively cold water inside the tank has absorbed some of the air in the tank, and once the water gets hot (through ghost flow), that air will come out of solution, go with the flow, and wind up in a radiator and get vented. Cold water will enter the system through the feed valve and go right up into the compression tank. It has to do this because the rest of the system is already filled with water. Each time this happens, the water level in the compression tank gets a bit higher. Eventually, the air cushion will be gone and the boiler’s relief valve will pop on pressure. It’s a little-by-little thing and it happens all the time.

So be the marble. And beware of ghosts.