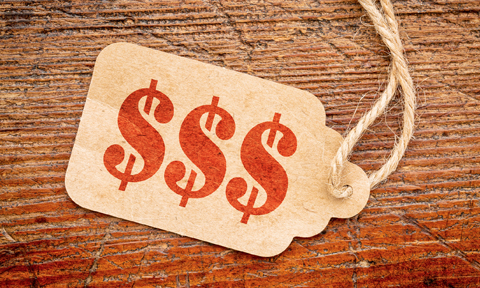 We live on The Isle of Long, which means that if you throw a rock you’ll hit a large, chrome-plated diner. These palaces of gastronomy have just about anything you could want for any meal of the day and the food arrives on the table seconds after you decide what you want, and often even before. We’ll be looking at a laminated menu, so heavy it could break your foot if dropped. The waitress will jog by and dump a bowl of pickles and coleslaw on our table. We didn’t ask that; it’s just her way of saying, “Here, eat this. I’ll be right back.”

We went for breakfast recently and there was a new page in the thick plastic menu for those who choose to eat healthy. This is something relatively new to Long Island diners. They’re still getting used to it, and it’s going to take a while.

The Power Omelet caught The Lovely Marianne’s eye. It consisted of egg whites, spinach, and avocado and it came with lettuce and tomatoes and whole wheat toast. Butter was optional. The price was $8.49.

I nodded and said nothing because I had my eye on the Fred Flintstone Omelet, which comes with a free CPR session.

“But then there’s this one,” TLM said. “It’s the Power House Omelet.”

“It sounds like the other one. Does it have anything else?”

“Yes,” she said. “Tomatoes and lettuce and toast.”

“That’s exactly like the other one,” I said. “Is it whole-wheat toast?”

“Power versus Power House?” I said.

“What’s the difference?” I said.

The waitress arrived, pen poised over pad and in a hurry. “Ready?” she said.

“What’s the difference between this and this?” TLM asked, pointing at the two Power omelets.

“Why is one priced higher than the other?” TLM asked.

“It’s just the way they printed it,” the waitress said. “But the ingredients are in a different order.” She pointed at it. “See?”

“I do. And you get more money for that?” TLM said.

“Because some people think that if they pay more they’re going to get the best.”

We were in Venice years ago and decided to take a gondola ride. How could you resist? I mean it’s not something we could do in Bethpage on Long Island, right? So I chose a young Venetian gondolier because he looked strong and I asked him much it cost to have this once-in-a-lifetime, romantic experience.

“You want the long ride or the short ride?” he said in broken-English.

“What’s the difference? I said.

“One is long and the other is short,” he said.

“How much does each cost?”

“The short ride is seventy Euro and the long ride is one-hundred Euro.”

“How long is the short ride?” I said.

“It’s shorter than the long ride,” he said.

“It’s longer than the short ride.”

“That makes no sense,” I said.

“Senora?” he said, turning toward TLM and offering her a hand into the tiny boat. He probably thought he was irresistible. He was. She climbed in. He didn’t help me get in.

“Okay, here’s a question for you,” I said before we cast off. “Suppose I pay you for the long ride. How do I know I’m getting it and not the short ride?”

“Because I say so,” he said, smacking his chest with his right palm.

“You make the lady sad,” he said. “See?” His lower lip came out. “I tell you what,” he said. “I give you the long ride for the same price as the short ride. Your lady is very nice.”

“Very nice,” he said again. “Maybe you give me a nice tip because your wife is so nice.”

Anyway, the ride was very nice and I gave him a nice tip. It was all, well, very nice. He even showed us the house where Marco Polo once lived but I had a feeling Marco Polo lived in a lot of houses in Venice.

I’m still trying to figure it all out, but the crazy logic of our Venetian hero did help me out in our business as the years went by. Back in the day when I was traveling the world, talking to large groups about things hydronic, I got a call from the head of an association in Maine. They were planning a convention.

“We’d like to hire you to speak all day about hot-water heating,” the nice woman said. “What will it take to get you up here?”

I explained that my standard fee for talking all day was $6,000, plus travel expenses. And since I would drive there and not fly, the only expense would be two nights in a local hotel.

“Six-thousand dollars?!” She was incredulous.

“That’s what people pay me,” I said. “I must be worth it because people are willing to pay it.”

“But everyone wants you there,” she said. “You always draw a big crowd. You’d make our convention a big success.”

“So hire me,” I said. “You’ll make money with me. Everyone else does.”

“But for six-thousand dollars?” she said. “I could get the Rolling Stones for that much.”

“What does Mick Jagger know about hot-water heating?” I said.

She called the next day and said she had talked it over with the Convention Committee and they wanted to go ahead, but she had a question.

“What’s the question?” I said.

“Can you come down on your price?” she said.

“Well, is there anything extra you could throw in for the six-thousand? They asked me to ask you.”

“How about a complete set of your books for each attendee?”

“It’s the $8,000 seminar because I said so,” I said and smacked myself on my chest, like a proud gondolier.

Give that some thought. Pricing is perception.