So Easy To Blame The Boiler

Categories: The Business of Heating, For Homeowners, Troubled Heating Systems 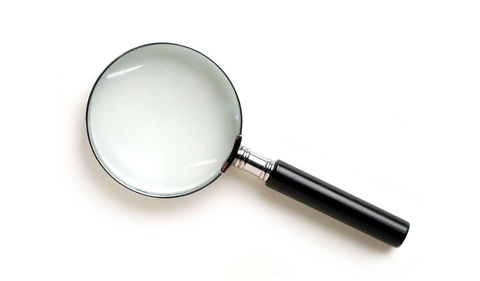 A homeowner posted a question on The Wall at HeatingHelp.com about a drumroll sound that was coming from his brand-new steam boiler. What could it be? He included a video so all could hear, and sure enough, it sounded like a snare drum.

“The sound is radiating from the vent ducting, which goes up the chimney,” he wrote. “I can’t say for sure which direction it’s coming from (the boiler or the chimney), but I’d still guess the boiler. I held my hand on the damper shaft and the vibration doesn’t seem to be coming from that. I recorded this sound right after the boiler ran and the steam pipes were cool to the touch.”

It sure wasn’t a sound you’d expect to hear coming from a steam boiler. It wasn’t water hammer and it wasn’t expansion and contraction. It sounded like Ginger Baker was warming up inside the boiler.

The eager Wallies had at it with their suspicions of which mechanical culprit was at work here. One suggested it could be relay- or gas-valve chatter, but then admitted that it sounded too hollow for that. Another said he thought it was the flue damper jammed against the flue pipe. The homeowner jumped in immediately to say, “I checked that while it was running today and the damper did open properly. I guess there’s a switch so the boiler shouldn’t run unless it is open. There are no noises so far today.”

Another Wallie said he thought it sounded like a metal fan being poked with a stick, but there was no fan and no stick to be had so the mystery continued.

“Okay,” the homeowner posted the following day. “I woke up this morning to the sound of the drum roll. From upstairs on the second floor the noise is faint, but it’s still loud enough to wake me up. I ran downstairs and made another video.”

Ginger Baker, back from the dead and banging away?

“This time it was much more frequent,” he wrote. “Also, I notice a sound that’s sort of like a bird calling. That noise was also present a few weeks ago when this whole mess first started. It sounds like a bird or some other animal, but it’s too perfectly repetitive to be that. And plus, anything that was up in the chimney weeks ago would be long dead by now. The boiler has been running.”

A Wallie with a world of experience wrote, “There are no moving parts in the boiler, and the only moving part on the flue is the damper motor. It has to be the damper trying to open or close and getting hung up. It’s not an animal unless it’s a dead one lying on the damper and keeping it from fully opening. Try switching the damper to open and leave it that way for a couple days. See if the noise goes away.”

And then another Wallie posted this one-word speculation: “Woodpecker?”

The following day, the homeowner posted another video, this one from outside the house. He wrote, “At first I thought you were being a smartass, but it turns out, you are the winner.”

And there in the video was the prettiest woodpecker I have ever seen. He was banging away on the metal chimney and stopping now and then to sing. He looked frustrated. Singing sometimes helps when you get frustrated.

But wait, there’s more. Another homeowner posted about his house and the troublesome boiler that was making weird noises. He had lived there for three years and the boiler was about 15 years old.

“This happens very frequently at about 11 a.m.,” he posted. “I’ll be home when suddenly the entire house literally vibrates. It’s almost like a car just ran through the first floor. Since I have a day job, I never noticed how frequently this occurs. It almost never occurs during the weekend. As of last Friday, I started working remotely from home, and sure enough, around 11 a.m. it happened again. It lasted maybe two seconds. I ran downstairs, but nothing stood out. There are no leaks from the expansion tank. The pump is running. Both zones in the house are properly working. I don’t know the system very well but have been learning as I go. When I told my wife about this later in the day, she said that happened almost every day when she was home on maternity leave for five months.”

So the Wallies had at it again. They asked about pressure and temperature, whether another appliance might be affecting the draft. Was there a whole-house fan? Could it be the bearing assembly on the old B&G circulator? Maybe the valve ball in one of the zone valves came loose. Is the boiler scaled-up?

The homeowner posted more pictures. It was a classic single-family-home installation from 15 years ago. Nothing out of the ordinary. He said that he had a tech out to look things over a few times, but the sound never happened when the tech was there.

Life’s funny that way, isn’t it?

A Wallie asked him if the techs arrived at 11 a.m., which was the time the homeowner said it was happening.

“We could never time the call that precisely,” he said.

Could it be water hammer coming from another appliance with a quick-opening solenoid valve? How many thermostats? Are they programmable? Do they call at the same time? Could it be delayed ignition? Is the relief valve discharging? Does the relief valve pipe have a bucket under it?

“So here’s something interesting that just happened,” the homeowner posted. “At exactly 11 a.m. today, sure enough, the rumbling and vibration occurred. Same magnitude as I previously described, and this is the first time it happened since March 13 which prompted me to post here.

“At 11:02 a.m., a friend of mine who lives a few blocks away asked me if I heard/felt that. I described to him what I felt and he echoed the same thing. I reached out to my neighbor directly next to me and he said his wife felt it and also compared it to an earthquake. He said they feel it from time to time and got used to it. I highly doubt earthquakes happen here on a regular basis so I’m ruling that out, but I guess it’s safe to say it’s not my boiler system after all? We’re always in the family room which is directly above our boiler room, so that’s why we assumed it came from there. But what the heck can be triggering such a strong vibration that can be felt from house to house, and in this case, from block to block? My friend who felt it said they also felt it last week, so it was probably the same incident I felt on March 13. Can city water pipes do something like this?”

The Wallies made a few more suggestions, but mostly they were scratching their heads like everyone else in the neighborhood.

But then we all got the rest of the story. You ready for it? Here it is.

“After a few discussions on a neighborhood forum, it seems there is a quarry a few miles out that schedules planned mining explosions around 11 a.m. once or twice a week. So the rumble I’m experiencing is most likely the result of that, and this also explains the magnitude of the event I’ve been trying to express here. Apparently, people all across town feel it to some degree depending on how close or far away they are from the quarry. It’s not even in our immediate town, but the next town over. But since I’m fairly close, I probably get the shock waves of those explosions. I figured I’d share this with all who have been helping. I appreciate it all. Thanks!”

It’s things like these that make boiler manufacturers want to cry.