Solving a problem with indirect heating Not long after The Lovely Marianne and I started this little business of ours in 1989, a caretaker called and asked if I would be willing to consult on a problem hot-water-heating system in “the biggest house you will ever see.”

Who could say no to that?

The house, I soon learned, was the mansion at Duke Farms in Hillsborough, New Jersey, and the only resident of that house was Miss Doris Duke, only child of James Buchannan Duke, and heir to the American Tobacco Company fortune, as well as some other opulent things. And as large as it is, the house shrinks into place on the 2,700 acres of manicured gardens that surround it. How’s that for a lawn?

This is the family that endowed Duke University, which also has a very nice lawn. J.B. Duke knew how to put up significant buildings, designed to laugh at bad weather and hard times, and Doris Duke carried the torch he passed to her very well.

When I arrived at the house, and after I managed to get my slack jaw to close, I met the in-house plumber, who also doubled as the heating guy. He explained that Miss Duke was at her place in Hawaii because the heating in the mansion wasn’t heating, and also because, well, she could. I nodded in understanding and continued to gape.

I asked if anyone else lived there and he said, “Just the staff.” I nodded. “There are a hundred and five of us,” he said. I nodded again – slowly. “Miss Duke employs a full-time professional in every trade you can imagine,” he continued.

“That must be something,” I said. “I mean working here.”

He sighed. “Well, it’s a very good job and I enjoy it, but do you have any idea what your life would be like if your entire focus from day to day involved pleasing one grand old lady and being at her beck and call?”

I thought of The Lovely Marianne and nodded again. “Yes, I can.”

The main room contained everything but the Great Gatsby, but what drew me were the bronze floor grates. Each was about two-feet square and each puffed lukewarm air. I checked the temperature of the air with an electronic thermometer. Not good. The plumber chattered on about how the air coming from the grates was much hotter last year, but this is the best he could get from them now. “And nothing has changed,” he said. “I don’t understand. I have the boilers running up to 200 degrees but this is all I can get out of the grates.”

Nothing changed. Don’t you love it when they say that?

We went to the basement, which could have hosted a bowling league. They had several boilers, all running with big circulators. I could tell by the size of the pipes that the system had once operated on gravity alone, which would have been normal for the time. The big pipes reached out and entered large sheet-metal ducts. I smiled because I’m a fan of indirect heating. It’s how the rich got their fresh air back in the day. Fuel bills were not a concern.

I opened a sliding metal door on one of the ducts and saw the big, cast-iron indirect heaters looming in there. This architects who served the rich back in the day didn’t want to burden them with radiators. Radiators were for the servants’ quarters. The rest of the house drew its warmth from the hot air that wafted over these huge indirect heaters and rose upward through those bronze floor grates. There was no return-air ductwork in most indirect systems. The air just leaked out of the house through loose windows. Fuel bills? Meh.
I noticed that someone had placed an oscillating fan inside the ductwork, just before the indirect heater. “What’s this for?” I asked the plumber.

“I’m trying to blow the heat upstairs,” he said. “It doesn’t seem to be working, though, and that’s what’s got me stumped. Heat rises.”

“Not exactly,” I said. Hot air will rise, but only if cold air can take its place.

“Come here; I’ll show you.” I followed the large sheet-metal duct back to where it met the foundation wall. “Where does this go?” I asked.

So we went outside and looked for a grate that would allow in the outside air. That’s how these systems worked. They brought in 100 percent outside air that grabbed the heat from those huge hunks of cast iron inside the ductwork. Keep the wealthy healthy with lots of fresh air. We looked here and there but we couldn’t find that grate, so we went back to the basement and measured in from the corner of the foundation to the spot where the sheet-metal duct met the wall. Then we went back outside and measured in from that same corner.
Where there should have been a grate there was only pachysandra, which was doing just fine in the cold weather because they have great gardeners at Duke Farms. You’d expect that since this place is three times the size of New York City’s Central Park. “Was this groundcover here last winter?” I asked the plumber.

“You don’t do outside, right?”

So I waded into the greenery and stomped around on it for a while. “The gardeners aren’t going to like that,” the plumber said.

And that’s when my stomping made a hollow sound. I smiled. “Got a shovel?” He went to get one and I waited, and while I waited, I thought like air. How would I get into the house?He came back in a few minutes and handed me the shovel, I dug down about six inches and hit clear plastic. I moved some more of the dirt out of the way and saw the metal bars of the grate. “Time to get the gardener,” I said.

When the gardener showed up, I explained what we were doing and how the air wouldn’t move across the red-hot indirect heaters because there was no fresh air coming into the house. He understood but then explained how ugly those ground-level grates were and how they had decided to cover them all with sheets of clear plastic, topsoil and pachysandra. “That’s why the house is cold,” I said.

And we went around like that for a while until the gardener reluctantly agreed to remove one of the plastic sheets, just to prove me wrong. He scraped and grumbled while we waited, and then he lifted the edge of the plastic and I watched dead leaves get sucked past the grate and into the hole. Nice.

We went back inside and took the temperature of the now-hot air that was rising like a phoenix into the gorgeous rooms. Even nicer.

Lesson reinforced: Air won’t move unless there’s other air to take its place.

Lesson learned: Sometimes the butler didn’t do it. Sometimes, it’s the gardener. 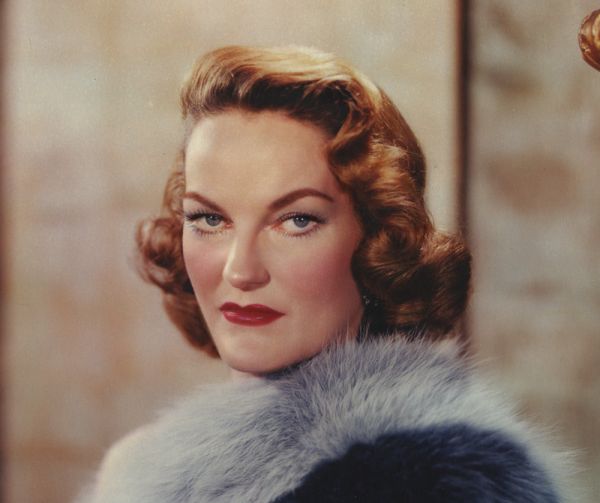 "Do you have any idea what your life would be like if your entire focus from day to day involved pleasing one grand old lady?"

Epilogue: So years go by and look what happened.

Nothing grand lasts forever, neither people nor buildings.