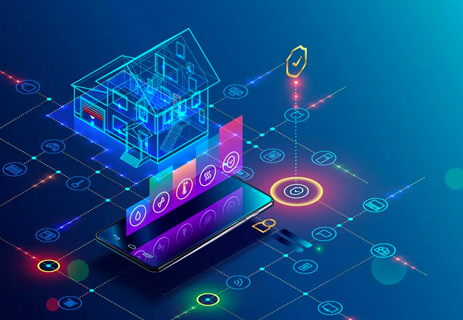 Our daughter, Erin, bought our business in 2016 when Marianne and I retired. Erin is of an age where she is more comfortable with technology than I am, and she was the brains behind much of what we built with HeatingHelp.com.

It was natural for her to take over the whole shebang when she did, and I am now getting back the money I spent on her education. Don’t you just love the big Circle of Life?

Erin’s daughter, Bridget, being a kid, is also very comfortable with technology. However, being a kid, she often expects more than what is offered to her. When Bridget was about four years old, she found herself on a Southwest Airlines plane with her parents. As the flight attendant was making her preflight announcements, Bridget, expecting more than she was being offered, shouted at the top of her young lungs, “Alexa! Lower!”

You ever fly Southwest? Just imagine what one of their wacky flight attendants could do with that command.

Technology both delights and scares the heck out of me. It’s like hanging out with Mel Gibson. You never know what’s going to happen next.

I have a thermostat in our house that Alexa is allowed to fiddle with. She didn’t ask. The thermostat arrived and she just took over. The people who did the installation told me it was a great feature. I asked why and they said it meant that I didn’t have to get up from the couch anymore.

I thought about this for a while and then decided that, even though I’m 70, I’m still young enough to walk the 15 feet to the thermostat.

“Well, it’s there if you ever need it,” the installer said.

I nodded and he left.

I have to admit, though, I do sit and stare at that thermostat. And when we had company not long after its installation, I called out her name to show our guests how she could make our house warmer.

“Why don’t you just get up and change it yourself?” our guy visitor asked. His wife nodded. They waited. My turn.

“It can also tell me the temperature inside our house when we’re away from home,” I said. “And outside too. It’s all on my phone. That’s good, right?”

He shrugged. She went back to talking to The Lovely Marianne.

Erin has a device in her house that can tell her if anything plumbing or heating is leaking. I don’t have one of those, although she thinks I should have one. “You really need this, Dad,” she said. “It gives you peace of mind.”

“Do you want to know what the temperature in our living room is right now?” I said. “I can get up and look, even though I’m old.”

“Well, I’ve never had anything in our house that tells me we have a leak,” I said. “Except for your mother.”

“But what about when you’re away from home?”

“That’s why we have home insurance.”

Lately, I’ve been thinking about technology a lot. I was in a bar with one of my sons-in-law when I excused myself to use the men’s room. I asked a waiter where it was, found it and did my business. Then I turned to use the sink. It had a faucet that looked like an old-fashioned faucet and was in keeping with the rest of the restaurant’s decor. Its neck was swanlike, and where there should have been a hot and a cold knob, there were just two, short, chromed pipes with old-fashioned caps. The caps looked like something you would put on a cupcake. I stared at them for a while.

Then I tried to twist the cold cupcake. No dice. I did the same with the hot one. Nothing.

So I grabbed the swan’s neck and gave it a good twist because you never can tell with faucets these days.

The whole basin twisted with the faucet.

I stepped back in horror and wondered if there was a device under the sink that could detect a leak. The faucet and I looked at each other. It wasn’t saying one way or the other.

Another guy came in.

Now at this point I couldn’t just leave the room, even though I wanted to. My right palm had a glob of liquid soap on it that had come out of an electronic gizmo. I looked at the glob. It shrugged. I didn’t want to keep assaulting the basin, so I tried waving my hand around the thing instead. You never know, right?

To my astonishment, the water came on.

When I got back to the bar I told my son-in-law how things work in there, just in case he had to pay a visit. I also told the bartender. In fact, I went on for quite a while about all of this and suggested they might want to do something about it. Maybe put up a sign in there or something? I obviously wasn’t the first guy to be befuddled by the whole process. I mean the basin was about to become portable.

“You know how it is back there, right?” I said.

“Oh,” I said to the space where she had been standing.

“I don’t think she was that interested in all the details,” my son-in-law said. “Or in anything else you might want to tell her in the future.”

He sipped his beer. Shrugged.

You can get circulator pumps now that talk to your phone. Did you know that? I find that amazing. They tell you how much water they’re moving at any given moment, and how much resistance to flow they’re seeing and how much electricity they’re sipping. Boilers can also send you text messages and email these days. Isn’t that something? There’s really no reason to ever leave the couch anymore.

And now that I think about it, this could solve the problem of us having so few young people coming into the trades. We can just hire them and tell them they can stay home and troubleshoot every heating problem there is from their phones. I mean when they’re not posting what they had for lunch on Instagram, of course.

I was in another men's room in an airport. I forget which one because I’m old. They had those paper-towel dispensers that start when you wave your hand in front of it. But because this was a busy airport, someone had the bright idea to install two dispensers. They hung them in a corner, one facing the other, like two gunfighters in an old Western movie. As soon as one dispenser drew, the other one did the same. All the paper towels from both machines were flowing like Niagara down onto the floor.

Another time, I stared in wonder at a high-tech Dyson hand dryer that hung directly under one of those automatic towel dispensers. The Dyson’s opening, where you’re supposed to waggle your fingers, was stuffed solid with discarded paper towels. The Dyson looked, I realized, like a cute little garbage pail.

And all the marketing in the world can’t solve that one.

I suppose it’s easy to long for the good, old days. We once had telephones with dials that performed one thing: telephone calls. Imagine that. We also had Telex machines to reach the folks at the faraway factories (if you’re young, Google it). We also had to stop at gas stations to ask directions, which we never wrote down. The gas guy’s crazy arm gestures were good enough for us, and we’re all where we are now, so the directions must have been OK.

But I keep thinking about those men’s rooms. They seriously need those devices to let someone know when there’s a leak because guys my age are in there twisting the basins off their vanities and doing other evil things to the electronic flush valves. There’s a great opportunity there.

When I was still traveling, I stood at a sink in another airport I can’t recall and waved my hands this way and that under the faucet, but with no results. A fellow traveler approached me and pointed at the two faucets. “You have to turn those, sir,” he said.

I stared at him.

“Those.” He pointed again.

I turned the cold faucet. The water flowed freely. We both stood there and watched it.

I didn’t tell Erin about that incident.