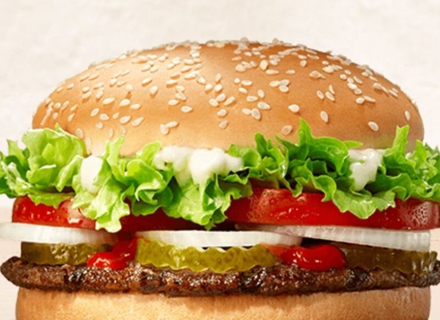 Jane had given Teddy the coupon on his way out the door that morning. He was looking at it as he waited his turn on the Burger King drive-through.

“This is a good deal,” Jane had said. “Two for one. You get two Whopper Juniors and two fries for four dollars. Well, three ninety-nine, actually, but you can keep the penny. I’m feeling generous today.”

Teddy smiled at that. “Thanks. And two for one, eh?”

“Yes, but don’t eat both of them,” she said. “You won’t be able to work all afternoon if you stuff yourself. Bring back the free half. You can eat it tomorrow.”

“It will all be cold by tomorrow,” he said.

“I’ll heat them up. You can have them for dinner.”

“What will you have?”

“The fries will be soggy.”

“Poor baby. Don’t worry. I’ll refry them in a pan with a bit of olive oil,” she said. “I know how to make them crispy again.”

She knew how to do a lot of things.

He looked at the two-for-one coupon again. Who doesn’t love a good two-for-one?

There was a woman in a blue SUV ahead of him. She had the window down and was talking to the speaker. From his high seat in the van, Teddy could see two infants sleeping in side-by-side car seats. One wore blue, the other pink. Must be twins, he thought and wondered what that was like. Two-for-one. He looked at the Burger King coupon in his hand again and smiled.

Teddy and Jane didn’t have any kids. They were trying to build his one-truck business and money was tight right now. Maybe some kids down the road? Who knows? Money was tight. They’ll just have to see how it goes.

He looked at the coupon again.

Must be tough having twins, he thought looking at them again. He wondered if the mom was single or with someone who could help out. Must be tough either way. Twins.

She pulled up and Teddy followed. He gave his order to the voice coming out of the speaker. He said he had the two-for-one coupon. The voice said okay, asked him if he wanted anything to drink. He said no and looked at his small cooler. Water would do.

He had done three calls that morning and picked up the money when he had finished the work. It hadn’t been that much but they were just starting out. It would get better. Jane had told him to try to get cash whenever he could. She was good with money. She knew about it. Teddy, not so much. He was all about the tools. When he would get home, she would ask him about the money, first thing. She’d want to see it. Even before she pecked his cheek and told him to take a shower.

She worried about money. He did, too, but mostly because she did.

He watched the young mother take the small bag of food in through her car window. She glanced in her rearview mirror, a smile in her eyes. Probably thinking about her twins, Teddy thought.

I don’t know how she does it, he thought. What if one or both of those kids started to cry? How do you handle that when you’re all alone and driving a car? He hoped she had some help.

She drove off and Teddy pulled up to get his two-for-one. The middle-aged woman smiled and said, “This must be your lucky day.”

“Yeah,” he said. “I got your coupon. I suppose that’s lucky enough.”

“No, I mean you’re really lucky today. That young woman in the car ahead of you paid for your lunch. Here you go!”

She handed the bag out the window. Teddy hesitated and then reached out to take it.

“Why would she do that?”

“I suppose she’s just a caring person. We get those now and then. Not so much lately because times are tough. You’re a lucky fella. Two-for-one for free today. Not bad.”

“I suppose I am lucky,” Teddy said, looking in the bag. It smelled good.

He looked out toward the street but the woman and her twins were gone.

“Well, have a nice day,” the Burger King lady said, looking at the next car in line.

“Um, you too,” Teddy said. “Thanks.” He put the van in gear and pulled forward.

“Hi, Jane. I’m just pulling out of Burger King. You’re not going to believe what just happened to me.”

“Hold the story for later,” Jane said, knowing he loved to tell long ones. “We have a job.”

“A woman called. She needs a kitchen faucet. Or maybe you can fix the old one. She asked about that. She said she’d prefer that if you could do it. I think you should try to sell her a new one if you can, though. Here’s her address.”

Jane gave him the address. It was less than a mile from the Burger King.

“Did you tell her I’d be right over?”

“I did. You can eat your burger on the way. Don’t eat both of them. And go easy on the fries.”

Teddy got to the house. It was small with a faded picket fence that looked like a mouthful of bad teeth. The walkway looked like the result of a bombing run. He knocked and the woman answered, smiled, and led him to the kitchen.

“Maybe you have parts for this?” she said, pointing at the sink faucet. “The last person to look at it didn’t have parts and we couldn’t afford the price he gave us for a new one. My husband and I have been saving for it ever since, though. What do you think?”

“I was just hoping this might be our lucky day.”

“How old is this house?” Teddy said.

“It’s seventy years old and has a lot of aches and pains. The heat upstairs doesn’t work at all. Hasn’t for a while. It makes a lot of noise if we turn up the thermostat so we keep it off. We use lots of blankets. Maybe while you’re here you could take a look and tell me how much it would cost to fix it. We probably can’t afford to have you do it right now, though.”

Teddy climbed the stairs and tried the thermostat. He felt the radiators and they were cold. He could hear the buzzing noise. It was coming from the basement. He went downstairs and saw right away that the spring coupler on the antique circulator for the upstairs zone had broken and part of it was whipping around as the motor ran. He also saw that the motor mounts were shot from too much oil dripping onto them. It didn’t pay to fix this old beast.

Teddy went upstairs and told the woman what he had found. He could fix it and give them heat. It wouldn’t take long. He looked at the kids again.

“I hope it doesn’t cost more than a faucet,” she said, looking down at her intertwined fingers.

He gave her a price for a new circulator. It was about the same price he would pay for a kitchen faucet at the supply house. That’s all, no labor charge. He didn’t tell her that. He just decided. There was no heat in the bedrooms and there were little kids in the house.

“Oh!” she said. “I thought it would cost much more than that. Can you fix the heat instead of the faucet? The faucet can wait.”

Teddy said he could and went out to the van to get a new circulator - one that wouldn’t need oil.

When he got back inside, the woman was trying to wash a few dishes but the water was shooting all over the place.

He watched her. And then he put the circulator down and went back to his van for a new faucet.

“We can’t afford both,” the woman said when he returned.

“That’s okay,” Teddy said. “I just remembered we’re having a special today. Two- for-one. You get to have clean dishes and warm bedrooms. Lucky you.”

When he was on his back under the sink, the four-year-old girl bent over and asked Teddy if he was a superhero.

“Why are you asking me that?” Teddy laughed.

“Because you wear a costume and you help people,” she said.

Teddy did a few more jobs that day and then headed home with less money than he should have gone home with. He knew Jane would figure that out right away. Probably even before she pecked him on the cheek and told him to take a shower.

He hoped she wouldn’t be angry with him for what he had done. He’d tell her it was his lucky day.