The Anatomy of Annoying 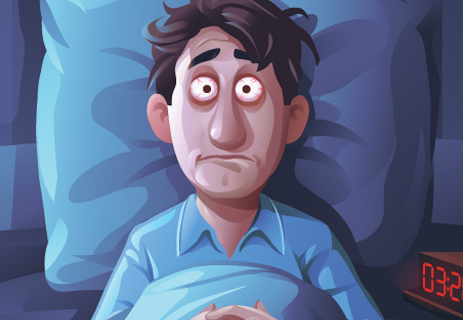 The tiny tale I’m about to share with you got me thinking about noisy radiators. It usually doesn’t take much to get me thinking about radiators, but this time the inspiration arrived by way of a daily email I got from Seth Godin. Seth is an author of wonderful books on marketing and I start each day with his free email. The message is always short and often provocative. I found Seth in 1989 by way of his book, Permission Marketing. It arrived at the same time as The Lovely Marianne and I were starting our business. Seth taught me how to approach customers in a way that would cause them to welcome me, and not just then, but also in the future. He’s a very smart fella.

Here’s the brief email that got me thinking about noisy radiators. Its subject line read, The Anatomy of Annoying. How’s that for grabbing your attention?

The American Tibetan Buddhist, Pema Chodron’s, story has stuck with me for a decade: At a meditation retreat, the guy sitting near her kept making an annoying clicking sound. Again and again, she was jolted from her practice because he kept clicking his tongue.

During the break, as she gathered up her courage to tell him that he was ruining the day for her and for everyone else, she realized that in fact, it was a nearby radiator that was causing the clicking.

Suddenly, the fact that it was an inanimate object changed everything for her.

It wasn’t about her any longer.

It wasn’t intentional or selfish.

It was simply a radiator.

The rest of the day was fine, because it was simply a radiator.

My biggest takeaway is that the key leap wasn’t in discovering that the sounds came from a radiator. The lesson is that acting like it comes from a radiator completely solves the problem.

Sometimes (often, usually), it’s not about us. It’s simply weather.

Okay, I told you that Seth is brilliant at marketing, and I think we can agree that his story is sweet because it touches on what makes us human. However, I suspect that Seth has never lived with an unhappy steam radiator, or copper baseboard that ticks like a time bomb, or too-tight radiant tubes that moan like zombies eating brains.

Let’s focus on the steam radiator, though, because that’s a true enigma to most.

A young fella moves to New York City from, oh, let’s say Iowa. He’s fresh out of college and starting a new job in an office, where he will do brainy things with computers. Iowa, however, doesn’t know which end of a wrench is the proper one to hold, and he has never met a heating system in person, only its thermostat. When asked what type of heating he has, he has always said, “I think it’s a Honeywell.”

He answers an online ad to share an apartment with two guys whom he has never met. They will all soon share the ridiculous New York City rent and he hopes they get along.

The heating system he’s about to meet has been serving this old tenement building on Manhattan’s Upper East Side since William Howard Taft was president. It is one-pipe steam. The building’s superintendent is a knucklehead who thinks it’s normal to crank the boiler’s pressuretrol up to eight pounds per square inch. He believes this because the knucklehead who broke him on his last job told him so. Knuckleheads have a way of finding each other.

Iowa gets the smallest bedroom because the other two guys got there first. His antique window has a nice view of the airshaft. Beneath that window is a one-pipe steam radiator. The iron feet on the side of the radiator opposite its inoperable supply valve has clawed a trench in the wooden floor by expanding and contracting its several hundred pounds for more than 100 years. Because of this, the condensate inside the radiator now finds it impossible to drain and flow back to the boiler. This is because of gravity, which wins most arguments.

But Iowa is not thinking about the radiator. At least not yet. He moved into his new home during the summer, so he doesn’t yet know what awaits him come fall. He’s happy now. He joins a meditation/yoga group to meet like-minded New Yorkers, of which there are many. He spends a lot of time chanting, “Ommmm.”

Labor Day arrives and summer sighs. Iowa is thinking peaceful thoughts and focusing on his chakras. What looms, though, is the heating season. In New York City, it officially arrives on October 1 and scurries away on May 31. By law, landlords have to provide heat between those two dates, which makes things interesting because of the way the climate has been behaving lately. It can still be pretty warm in October and May, but nevertheless, the heat comes on.

“Tick, tick, tick. BANG!” says the radiator early on a Saturday morning when Iowa is trying to sleep-in. The sound hits him like a stun gun and he leaps out of bed. What? What?!

The radiator says good morning again, but this time with a splash of hot water from its one-pipe-steam air vent.

He runs from the room. His roommates do the same from theirs. They’re spinning in the hallway like confused puppies.

“That thing in there just spit at me,” Iowa says, pointing. “It spit at me! I didn’t touch it. I swear!”

The Oklahoma roommate is rubbing his eyes. “Mine doesn’t spit,” he says. “It’s hot, though. It never got hot before. I put my plants on it. But now it’s hot. Hot! I had to take my plants off of it. I don’t know where I’m going to put them now.”

The three innocents look at each other.

“You guys didn’t tell me about this,” Iowa says.

“How could you not know?” Iowa says. “I can’t live with this. I don’t think I should have to pay that much rent for this. It’s not fair. Your thing doesn’t spit. You should pay more than me.”

“It’s not our fault!” Oklahoma says.

“You should have told me,” Iowa says. “It should have been in your ad but it wasn’t. You kept it a secret. It’s not fair!”

“Let’s all calm down,” Kansas says. “We can talk to the superintendent about it later. Let’s all go back to sleep.”

“Then you go talk to the superintendent,” Kansas says. “I’m going back to bed.”

Iowa puts on his shorts and tee shirt and takes the three flights of stairs to the superintendent’s apartment. He knocks. Waits. Knocks louder.

The super opens the door. “What’s up?”

“The iron thing in our apartment is making noise,” Iowa says.

“You talking about the radiator?” the super says. “That noise just means that it’s on. It’s normal.”

“What are you going to do about it?” Iowa says. “This is intolerable. I pay too much rent to put up with this crap.”

“Soon,” the super says and closes the door.

“Thank you,” Iowa says to the two deadbolts.

“You’re welcome,” the super says through the door.

An hour later, the super cranks the pressuretrol up to 10-psi. The knucklehead who broke him in told him about that trick. “This is how you get rid of the noise,” he said. “The steam pressure forces it out. High pressure is like an exorcism for pipes,” he said. “It works.”

That made a lot of sense to the super.

So, Seth Godin, I thank you for your marketing wisdom, but I don’t think the lesson here is that pretending it comes from a radiator will completely solve the annoyance problem when it comes to human beings. I think the real lesson is that most folks don’t know much about America’s older heating systems, but there are always knuckleheads who think that they do. And most of the time, they’re making the decisions down there in the basement. Knuckleheads have a way of finding each other.

And to me, that’s the true Anatomy of Annoying.