The First Rule of Stupidity 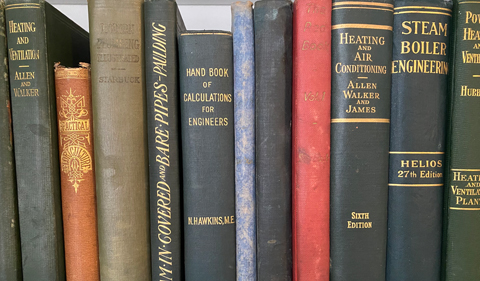 When you do something stupid, you will always receive an award, which will lead you to do things of greater stupidity.

This is the first rule of stupidity, and I learned it many years ago in the basements of New York City and the Isle of Long. I was still learning the ins and outs of steam heat at the time. I was reading all the books in the New York Public Library system that mentioned anything about steam heat. I was going out to look at any problem heating contractors invited me to see. We would stare at metal shapes and scratch our heads.

“How about we try this?” said a contractor who was a few years older than I was at the time. He turned the screw on the pressuretrol and watched as the steam pressure rose on the boiler’s gauge.

And sure enough, the steam had moved further down the main. Isn’t that just wonderful? Raise the pressure and the steam moves; I felt it with my own hand. That was the reward.

“I think we should raise the pressure some more,” said the contractor who was as stupid as I was. “It seems to be working. It’s a big building, right?”

I nodded because I had not yet gotten to the book explaining about air, steam and pressure.

So the contractor raised the pressure by a few pounds, and we walked back down the steam main to find the steam was indeed moving a bit further. Very slowly, but still moving.

“There you go,” the contractor said. “We solved it.”

We walked upstairs to check the radiators in the offices. They were still as cold as February in Bangor, and the employees asked us why we weren’t doing anything to get them heat.

“What do you think?” the contractor said. “More pressure?”

It’s because when you do something stupid, you will always receive an award, which will lead you to do things of greater stupidity.

It took a while, but I now know steam is a gas, which is lighter than air. And I know when two gases have different densities, one will rise above the other. Think helium balloons.

So in a horizontal steam main, the steam is going to act like a gaseous plunger and just shove the air ahead of itself down the line. The folks who installed those steam mains knew this, and they knew if the air couldn’t get out of the steam’s way, it would just compress, push back, and together, the two gases would shut off the burner on high-pressure.

The difference between the people who had installed the steam pipes so many years ago and the younger me (and my contractor buddy) was those people not only read the books, they also wrote them. They had the good sense to install large air vents near the ends of the steam main. These are the main vents. Get it?

Main vents vent most of the air in a steam system. They give air a major way out of the pipes, which lets the steam do what it wants to do. Did you know that the design velocity of steam in a heating system is 60 mph? That’s how fast the steam wants to go. If the air would just get out of its way, the steam would be up there at the radiators and the people in the building would be warm and happy.

Every steam system ever made is wide open to the atmosphere, and every steam system breathes air, just like we do. When water turns to steam, it expands 1,700 times at 0 psig pressure. That’s what makes it move at 60 mph. The water goes from tiny to extremely large in an instant. It wants and needs to move, and it will move faster than you can run, if the vents are venting.

But when the air comes back into the system, it touches pipes made of steel and radiators made of iron. That causes rust to form on the inside of everything ferrous. On the following steaming cycles, bits of rust will get shoved toward the air vents by the onrushing steam. The main vents are the first to see this crud. Before long, the main vents are either partially clogged and not closing, so water squirts out of them, or they’re totally clogged and not venting anything.

That’s when someone not knowing what they’re doing will raise the pressure, kicking the first rule of stupidity into action.

Which brings me to the Vietnam War.

My father worked for a plumbing-and-heating wholesaler in Manhattan from 1946 to 1967. Two heating men worked in the office. Contractors would drop off building drawings and the men would size steam systems for them. I spent a lot of time in that place when I was a boy because we lived directly across the street. Those two guys were Dan Faulk and Jim Borne. They knew steam heating. They also gave me nickels for ice cream.

During the 1960s, there were far less steam systems going in; hot water was on the rise. Vietnam plays a part in this story because fewer young people were coming into the business at the time. Many went to war while many went to college. When both groups returned, few went into the heating industry because it was hard work and not very glamorous.

Dan Falk, Jim Borne, and others were like heating professors who had no students. They had so much to teach but few were interested in learning from them. And then they died. My generation was left to fend for itself when it came to America’s older heating systems.

That’s why I read all of those books and visited so many problem jobs. I saw learning something that few understood as a great opportunity. When I finally got it, I wrote a book called, “The Lost Art of Steam Heating” because I wanted to resurrect what was lost when Dan Falk, Jim Borne, and the other old-timers from so many wholesalers passed on.

The research I did for that book made me realize when a contractor replaced a main vent with a pipe plug, the air was just going to compress against the push of the steam. If the contractor raised the system pressure, the steam would appear to move further down the line (the small reward) and that would encourage the contractor to continue to raise the steam pressure (a thing of greater stupidity).

I learned you can move with a pinhole what you can’t move with a ton of pressure. Once I knew it, I explained it to as many contractors as I could find. I told them where they could buy a screwdriver that turned counterclockwise. Having one of those would allow them to lower the steam pressure, but only after they removed the pipe plugs and replaced them with good main vents. If the air can get out, the steam can get moving.

The contractors with the counterclockwise screwdrivers were able to make things work while others were still scratching their heads.

Knowledge matters. So read. Everything you need to know you can find in books — modern ones and old ones.

Read. It’s the best way I know to learn. And it pays.