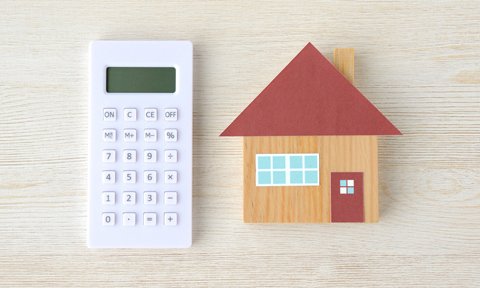 A project budget is sometimes a loose thing. It begins with great intentions but can get torqued out of the way when someone arbitrarily decides what something should cost.

How much for that new bridge? That seems like a lot. How much should a new bridge cost? Well, how much did that other bridge cost? A bridge is a bridge, right?

It’s different with a family. I’ve been studying this for the past few years as we’ve gone through some somewhat intensive home-defense projects here on the Isle of Long. For instance, I’ve learned that major appliances, which usually arrive at the same time, are cult-like in that they’ve all agree to a suicide pact after about seven years of service. The fridge nods and goes down the day after the microwave oven decides to let out the smoke and die. The stove looks at its mother board, which costs more to replace than the stove cost to buy, and gives up the ghost. The other members of the appliance family quickly follow. The trash collectors show up and smile, happy for the job security.

And then there are the wicked cabinets. Our cabinets were hanging on the walls by screaming screws since the copper tubing above them decided to start leaking like a litter of puppies and rot out the supporting wood behind the sheetrock. Who knew?

“We need a new kitchen,” I said to The Lovely Marianne.

“Then we’re all going to die, either crushed to death by old, press-wood cabinets or electrocuted by the toaster.

So we waited a while, giving the wall cabinets and the toaster a wide berth.

“I think we should do it,” TLM finally said one spring day.

“Kathy used this guy. I’ll get his number.”

Kathy is TLM’s best friend. Most of the time, Kathy has a problem with whomever she calls for home-defense projects, but when you don’t know a good kitchen guy, your best-friend’s so-so kitchen guy winds up being your guy, too.

The kitchen guy rolled out of his Cadillac Escalade. He was a short, beach ball of a man and he wore a thick Rolex, a gold chair, and a diamond pinkie ring. He rulered around for a while and called a few days later with a price of $50,000, which didn’t include the appliances, a new tile floor or a repaired ceiling. TLM said she would get back to him. I believe he continues to wait.

Are you following this? All it takes is one actual number provided by a contractor to get things rolling.

Or not rolling. We waited a few more months.

TLM called Kathy to see if she knew that guy. Kathy didn’t.

We waited a few more weeks.

The cabinets loomed and sneered at us.

TLM finally agreed to try the townie contractor. He showed up the next day. He took measurements and got back to us with a price of $35,000 for the whole job. His price was $500 less than we had paid for the entire house in 1977, and he was going to do a lot more work than the rich beach ball had offered to do for $50,000, so the townie’s price seemed fabulous.

See? When it comes to project budgets, everything is relative.

We signed the contract with the new guy, and for the following eight weeks we entertained a delightful cast of characters. The tile guy was so deliciously strange that I even got to write a novel (Emma’s Way) based on his behavior as he crab-walked across our floors. Each tradesman who spent time with us was like a beautiful, chipped teacup. We learned all about their personal problems and how they really felt about the boss, but together, this disparate group of misfits managed to turn out a magnificent finished project.

The Lovely Marianne smiled. So did her best friend, Kathy.

But then, while our new kitchen was still wet from birth, the downstairs bathroom, last renovated in 1978, decided that it was jealous. It wanted a makeover. Actually, it wanted a gut-rehab and the more we stared at it, the more petulant it became. The ceiling fan screamed. The faucet leaked. The toilet growled and burped. We closed the door.

“We can’t afford to do this now,” TLM said. “We just did the kitchen. It’s not in the budget.”

“We should have done both projects at the same time,” I said.

“That wasn’t in the budget.”

“We didn’t actually have a budget,” I said.

“Well, then there was money left over after we did the kitchen,” I said. “Fifteen-thousand dollars.”

“That’s not in the budget,” TLM said.

“Your best friend Kathy thinks our bathroom is disgusting,” I said.

“Did she really say that?” TLM said.

So we called the townie contractor again and asked him to come up with a price for a brand-new bathroom.

“How much do you think it’s going to be?” I asked TLM.

“I read that in a magazine,” she said. “That’s the average cost for a bathroom our size.”

“You know,” I said. “I hear a lot of that sort of thing from the heating contractors. A homeowner will want a new boiler and they’ll read something in a magazine or a newspaper about how much a new boiler should cost. They’ll make that amount their budget for the project. Then they’ll call a contractor and find out that the price will be higher than what the magazine writer said it should be. The contractor explains to the homeowner about how a boiler isn’t just a boiler. It’s also piping and controls and years of installation experience. And no two jobs are alike, especially when it comes to replacing something that’s old. Things happen. Things go wrong. The price in the magazine isn’t realistic. The writer didn’t see the mess in your basement."

“But why does the magazine say that then?” TLM said.

Please pay close attention to that, Dear Reader. It’s important because The Lovely Marianne is every contractor’s customer.

“Let’s see what our guy comes up with,” I said.

“That’s more than twice what it should be!” TLM said.

“Our project budget,” she said. “I’m going to call him and negotiate.”

She did and he removed a bunch of stuff from the job that she had really wanted at first but was now willing to give up.

“I increased it to fifteen,” she said.

“I’m not paying sixteen, though. That’s too much.”

“But you’re willing to pay fifteen?”

“So the difference between 15 and 16 is just a thousand dollars.”

“You’re not getting what I’m saying,” I said, placing our 46 years of marriage in jeopardy.

“Because the bathroom is smaller than the kitchen.”

“And the price is less than the kitchen,” I said.