The Right Person For The Job 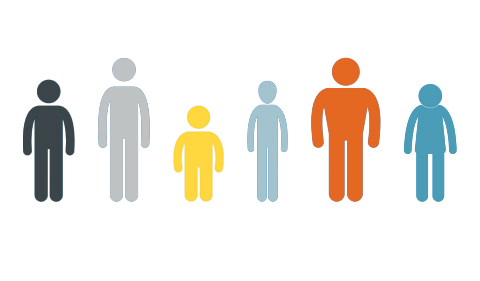 A young guy who was about the size of Bruno Mars came to my seminar once, and we were chatting during a break. I asked him how long he had been in the business. It’s good to see young people getting involved.

“Really? How old are you?” I asked

“You work for your dad?”

“Yeah. He owns a small heating company. We do commercial service only. He brought me along on some jobs when I was a kid because I was small enough to fit inside the boilers. He’d stuff me in there with tools and tell me to start cleaning.”

“Did the police know about this?”

“How about your mom?”

That got me thinking about other contractors I’ve met. Some employ a big guy to move the iron and steel around, and a small guy to crawl into spaces only small guys can get into. You know Bruno Mars for this and the late Bruno Sammartino (professional wrestling great) for that. One size doesn’t fit all, right?

I thought about this for a while and couldn’t decide, so I asked around. Does size matter in this business? What about guys who work alone? Where does that leave them? Can you be a big guy on this task and a small guy on that other task? Hmm.

One contractor buddy said: “35 years ago, before I got into heating, I was working as an electrician. I had a customer call me and ask me about wiring a bathroom exhaust fan. He had already installed the fan and just needed it wired. He lived in the neighborhood, so I told him I’d be happy to do the job. Then he asked me how big I was. I asked him what difference that made, knowing that I’m bigger than most, and he told me I would have to climb into his attic through a smallish opening and then make my way through a tight space all the way back to the eves way over there. I did it, but I’m still not sure how I did it.”

Another contractor said: “I hired a guy named Lenny. The other guys called him Mongo. He could carry full sticks of 4-inch Schedule-40 pipe across the building and put it all up by himself. He wasn’t very bright, but he was a really nice guy and always eager to learn and to help. He turned out to be a great employee and a heck of a welder. There would be times when we’d have a heavy lift that would call for either four guys or a forklift. I walked off one time to get some more help on one of those jobs, but while I was gone, Lenny got tired of waiting, so he just did it all himself. I had to lay him off at one point because we didn’t have enough work, but I often wish I hadn’t done that.”

A friend from Pennsylvania said: “I know this old Italian stonemason who won’t hire tall guys as laborers. I asked him why, and he said they’re all ‘long backs’ and that if they try to lift stones all day, they’re going to complain about how much their backs hurt.

“Thinking about that guy reminds me of when I was in construction. Everybody wanted to hire this particular guy for their crew. That guy could carry five sheets of 3/4-inch CDX plywood at a time, and he could do that all day long. That’s over 300 pounds per trip!”

Stay home, Bruno Mars. This is a job for Bruno Sammartino.

A contractor from Alaska said: “My uncle wouldn’t hire anyone who went to college. He said they couldn’t be trained. They already knew it all. My father-in-law, on the other hand, hired his helper because the guy was small. My father-in-law tipped the scales at about 260 pounds, so whenever he had a job that was tight, he would send in the apprentice. With some of the places I’ve had to fold myself into, I often wonder what my father-in-law did before he found that little guy.”

Another friend from California said: “I used to hire guys who were really smart because I thought that would help get the work done. It turned out that their big brains just got in the way of the work. I learned the best people are the ones who really care, no matter what size they are. Give me a guy with a big heart every time.”

But what about speed? Does size make a difference when it comes to speed? I once stood inside a big tent in a hotel parking lot in New Jersey and judged an apprentice competition. Ten apprentices had the whole day to pipe a hot-water boiler. May the best man win.

A medium-sized young fella caught my attention because he began by fully reading the installation instructions that came with the boiler. He was the only guy in the tent that did that. And then he piped everything perfectly. His work was art.

“I think he’s gonna win,” I whispered to one of the other judges, a local contractor.

I often wonder where that apprentice wound up. I like to think he owns a company somewhere.

The man who told me this next story worked in the power plant side of the business. Those folks have to do non-destructive testing and eddy-current testing of condenser and feed-water heater tubes. They work on very big stuff.

“These units can have as many as 12,000 tubes in each heat exchanger,” he said. “We have to identify any degraded tubes before they fail. We have to understand what sort of degradation we have, and then we have to preventatively plug those tubes to prevent leaks and plant shutdowns. We also have to be able to schedule a replacement unit, which can take more than a year to get. Everything is custom-made for the specific application.

“We worked with this guy, Tony. He was not the brightest person around, but he could follow directions, and keep count of exactly where he was in a row of tubes. He had really good quality-assurance skills and two work speeds. The first was ‘slow.’ The second was ‘incredibly slow.’ The latter arrived as soon as you ticked off Tony.”

I asked how big Tony was.

“Less than 5 feet tall and skinny. Many feed-water heaters have 16-inch manways, and the headers are rather constrained, even if they have larger manways. Tony’s slow work speed was about twice as fast in a feed-water heater than the speed of normal-sized guys. They’d be struggling to twist and turn and maneuver inside the heater head. The time Tony lost on a condenser job or a heat-exchanger with an open head, he more than made up for with the time he gained inside the feed-water heaters. He was permanently employable as long as he wanted to work, and with any of the major vendors. They all knew about him.

“The biggest mistake any of the plant personnel could make, though, was to remark about his speed or lack of intellect. That moved Tony into ‘incredibly slow’ mode, which was not a good thing since almost all the contracts are on a T&M basis. It also affected their outage schedule.”

So does speed matter? You tell me.

A New York City contractor said: “My father is not a big guy, but when he was working, he was the King of Leverage, fashioning straps and rollers of all kinds. He would get us to move all kinds of equipment that was, by all accounts, too large for my dad, my brother and me to handle together. He retired at 72, having worked from the time he was 13. He learned how to get a lot of things done by hand that we now do with machinery. He always told us that if you ask a lazy man, he’ll tell you an easy way to get it done. He was anything but lazy. He was a lifelong tradesman.”

So I suppose you can be a big guy and a little guy on the same job, even if you work by yourself. All it takes is a brain and a big heart.