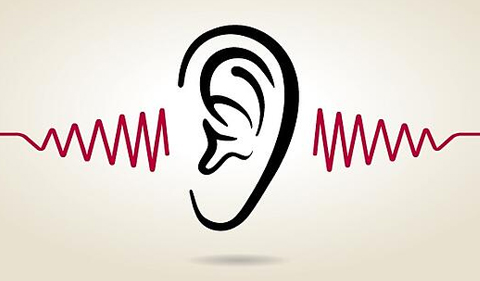 Someone new to HeatingHelp.com posted this question on The Wall.

“This week our pump started making a weird noise like a sad dove. I tried to bleed air. There was no hissing sound and water started coming out right away, but the sound stopped while bleeding. It makes the sound only in third gear. After 15 minutes or so, the second gear was also singing songs, but way quieter. Many thanks ahead.”

We all wondered what a sad dove sounds like. And why so sad? Feeder empty? Cat nearby? Hmm.

If Prince was still around we could have asked him. He knew what it sounds like when doves cry.

Troubleshooting is an art that requires all of our senses. Air gurgles as it flows. We can hear that but we usually can’t see it because not many people pipe jobs with clear plastic. Hearing tells us that air is there, though. And once we know that, the next question should be this:

What can cause that?

Why is there so much air in the pipes?

It comes out of solution when we heat the water.

We know that for sure.

Something has to catch that air.

Is there an air separator on this job?

Go look for it.

And if it is working, look to see if it’s connected to the system near the compression tank? Is the circulator pumping toward that tank? How large is that circulator? Is it large enough to create negative pressure on its suction side when it runs? That will cause air to enter the system through the air separator. Is that what’s going on?

And ask where the gurgling is happening? Is it up at the top of the system. The further the water gets from the circulator, the less differential pressure there will be as it flows across the radiators. Low differential pressure causes the water to slow down. If it slows enough, air that got by the separator downstairs can come out of solution at the high points of the system, where static pressure is lowest. You hear it gurgling.

Is this system balanced? That’s what I would ask.

Listen carefully. What sort of noise are you hearing?

Is it ticking caused by expansion and contraction?

Is it banging or is it more subtle?

Back in the days when I worked with my father at a manufacturers’ rep on Long Island we used to have some fun with customers who called in with problems. We serviced everything we sold for the first year, so contractors would have their customers call us if the pumps were making noises.

My father was the service manager and he had a delicious Irish sense of humor. Listen:

“Yes, Mr. Meyers. I understand that the noise doesn’t always happen, but when it does happen, what does it sound like? Can you make it for me?”

My father would hit the button for the speaker, lean back in his chair, and smile at me.

“It’s like cheep cheep,” Mr. Meyers said through the speaker.

“Are you sure? This is important because I want to make sure our serviceman - his name is Richie - brings the proper tools. Boom boom tools are different from cheep cheep tools.”

And he’d wink at me. I’d have to leave the room.

Gosh, I miss that man.

The thing about steam traps, though, is they don’t last forever. Their life expectancy is only about 10 years. After that, they just die. And when they die there is no obituary in the newspaper. They just stop working. They never tell us that they’ve passed on.

Which is why it’s important to listen. Are you hearing banging and clanging? Go look for the steam traps. Are they working? Do you want the system to calm down? Fix the traps. Steam systems are supposed to be quiet. Noise isn’t normal.

And how about those steam air vents? Are they hissing and squirting? If they are, that means that they’re trying to vent too much air. Steam systems are open to the atmosphere, which means there’s going to be rust inside the pipes. When (not if) that rust works its way into an air vent, that air vent will stop venting. That means the rest of the air vents must now take up the slack. And since there are now fewer vents, the air is going to be traveling at a greater velocity. The faster the air moves, the quicker the rust is going to find its way into the good vents. So they also stop venting. Now we’re down to just a couple vents and they’re hissing because of the high volume of air that’s trying to fit through a relatively small hole.

Do you have noisy air vents? Don’t look at them; look at the vents that aren’t making noise. Those are the ones that are clogged. That’s why they’re so quiet. You’re not paying attention to them because they’re not making noise. But they’re the true cause of the noise.

Which brings me to one of the great rules of steam heating: The problem and the cause of the problem are rarely in the same place. Wander around, be nosey, listen.

And that brings us back to the fella who posted about the circulator that sounded like a sad dove. What do you suppose was causing that three-speed circulator to make that noise?

Start by learning the circulator. How does it work? What do the parts look like? What’s going on inside of it. Does the change in speed change the pitch of the sound? Yes or no?

Either way, ask what can cause that?

And if you want to have a bit of fun, channel my dad and have the customer describe the sound in great detail.

Is that an old dove or a young dove?

And why is it so sad?