What Could Go Wrong? 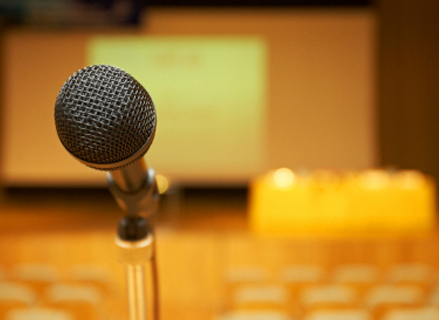 We learned from the pandemic that education is available in many more places than just at live seminars. Webinars, for instance, are safer because you’re watching them all alone in a dark room. Or maybe you’re not watching them; you’re checking your mail or posting on social media while the webinar drones on. Who’s to know?

A company I know decided that webinars shouldn’t last longer than 20 minutes because that’s the length of most everyone’s attention span these days. That time limit doesn’t apply to Netflix, of course. We binge Netflix with rapt attention for days on end. This company, however, truly believes that the 20-minute format is the way to go.

I watched the first of their short webinars. The trainer, an expert on the topic, spoke at warp speed, trying his best to get 10 pounds in a five-pound bag. And he still wound up talking for more than 20 minutes.

What could go wrong? Experts love to talk.

I enjoyed it nevertheless and learned a lot. And none of us had to travel to get to that webinar. That was the best part. Webinars are like the free space in BINGO. They’re always there for you.

Live seminars are different. I did many of those all over the place for a lot of years. I got to talk about steam heating systems in both Hawaii and Paris. Nothing wrong with that. The wrong stuff involved with live seminars happened in other places.

For instance, I was doing a hot-water seminar in New York one lovely fall day. I paused at one point to ask if anyone had any questions. A middle-aged contractor raised his hand.

“Why do they put those stickers on the fruit?”

“The fruit,” he said. “You know like apples and pears? They all have those tiny stickers on them. I have a tough time picking them off because I bite my nails. Why do they do that?”

“Why are you asking me this at a steam-heating seminar?”

I never did get back on track that day.

Three times, and always in New York City, fistfights broke out at my seminars. Each went on for a while, and none of them started over something I had said. Who wants to get in a fight over near-boiler piping? No, these were about: A water pitcher spilled into someone’s lap; a service technician continuously flicking the ear of a coworker sitting in front of him; and an engineer who wouldn’t stop asking questions, treating my answers with sarcasm and then calling the contractor next to him “stupid” when he asked him to shut up.

I had the hotel catch on fire three times at live seminars. Seriously. With one, we were on the top floor of the place. I got to go home early that day.

Another day, I was in a Holiday Inn conference room and the air conditioning wasn’t working. I opened the door to the parking lot to let in some air. As soon as I got back to the front of the room, a large black dog ran in and chomped down on one of the contractor’s legs. The contractor was punching the dog when a crow flew in through the opened door and went berserk because there were all these people in the room. Oh, and a vicious dog.

Another day and another city. The A/V people set up the rooms for the seminars taking place that day. I got involved chatting with my arriving guest and didn’t get a chance to check my microphone. When I turned it on to start the seminar it didn’t work. Then, the guy doing the seminar in the next room started to talk. His voice came out of the speakers in our room as well as in his room. His topic was “Understanding Sexual Dysfunction.”

Of course, no one at the front desk could find the A/V guy.

It was an interesting talk.

Before there were computers that linked to projectors, I worked with an overhead projector. A boiler company hired me to speak in a big white tent at a regional event. I had about 100 contractors in that tent and it was a brilliantly sunny day. I turned on the overhead projector and there was no image on the white screen because of the booming sunlight. I got to talk all day without slides.

You know how they say a picture is worth a thousand words? Make that fifteen-hundred.

But that was good preparation for a seminar I did at a ski resort in Colorado. This was between the skiing season and the biking season. I got an hour or so into my talk when all the power went off. The electric company had to do that because a good part of the Rockies were on fire that day.

What could go wrong? Well, the Rockies could catch on fire.

There’s a nasty little hotel in a small town in Massachusetts, and I got there early to set up my equipment. When I went to plug in, I noticed that there were no electrical outlets in the meeting room or in the hallway outside the meeting room. I went to the front desk to ask about this phenomenon and the clerk told me that there were no electrical outlets in that room.

“How am I supposed to plug in?”

“Did you bring a really long extension cord?

“Neither do we,” he shrugged.

“Well Rotary has their meetings in there all the time and they never ask us to plug in anything.”

So, I spent another day describing heating things with my hands tracing shapes in the air.

What could go wrong? Lots.

A company hired me to do a seminar for 35 technicians in New Jersey. I got to the front desk at 6 a.m. that morning and asked the clerk at the Howard Johnson to open my meeting room. He handed me the key to a room and pointed me in the general direction in which said room was located. The room was on the second floor of the motel, which seemed odd because it was down the hallway where the sleeping rooms were. I got to the room that matched the number on the key and opened it.

It was a sleeping room. They had removed the bed and the dresser and put in 35 folding chairs. The chairs went from wall to wall and back to front. There were no aisles. The end chairs in each row touched the walls.

This was in the days when I used to travel with: three projectors (overhead, slide and video); a six-foot screen; a full-size, prop boiler made out of wood; and a whole lot of old heating parts.

I stormed down to the front desk and asked the clerk where the real room was. He told me that was it. They were renovating the big meeting room so I would just have to do the best I could.

This does not happen at a webinar.

What else could go wrong? Food.

I was doing a seminar in an actual meeting room at a hotel in Indiana. This place had a large, enclosed area in the center of the hotel that had a bar, a bunch of video games and a swimming pool. That’s where we were going to have our lunch.

The problem was the knuckleheads set up the food at 9:30 a.m. for a noontime lunch. The roof of the enclosed area was clear plastic and you could have grown marijuana, roses and palm trees in that space. Lunch included potato salad, macaroni salad and coleslaw, each dripping with mayonnaise that spent 2-1/2 hours getting warmer.

I often skipped lunch at my seminars because eating heavy food and talking for hours don’t go well together. I learned afterward that everyone who ate the salads got food poisoning on their way home. Some of them were on airplanes.

The hotel said it wasn’t their fault. Right.

One day, a contractor called our office to say he had gone to the Marriott hotel for the seminar last night, but no one was there. He wanted to know if we had cancelled it, and if so, why didn’t anyone let him know.

Debbie looked at Marianne and then they both looked at an old calendar.

“That seminar took place a year ago last night,” Debbie told the contractor.

“Oh,” he said. “You know, I was wondering why I had bought that ticket so far in advance. Any chance I can get a refund? I mean I did show up.”

What could go wrong? Plenty.

So enjoy your webinars and distance learning. They’re much safer. Especially the short ones.