When Luck Fails You 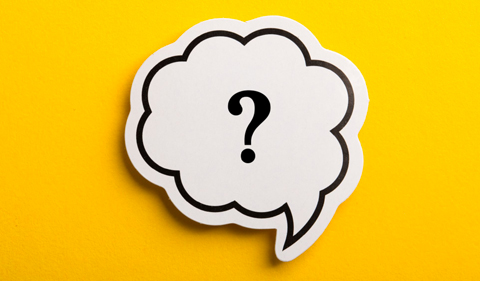 Have you ever had one of those times when you’re trying to figure out some problem and then suddenly the solution comes to you as if by magic? Or is it just luck? And if it is just luck, you now have to figure out why you got lucky this time and not that other time. Luck sure is fickle, isn’t it? Sometimes it’s there; other times it just fails you.

But how’s this for luck? In the early days of steam heating, the people who were doing the work were pretty much making it up as they went along. The English tried it first and realized that this is a very dangerous sport. They left it to the Americans to develop. It was still just as dangerous in America, but at least the buildings weren’t exploding in England anymore.

Oh, and the English were also savvy enough to realize that gravity-water heating was a better way to go if they were looking to get lucky with this new thing called central heating. Water heating was simply safer back then.

But before they got to that point, a delightful story took place. It involved an Englishman whose name is lost to time. He was running pipe from what they thought of as a boiler in those days to what we would someday call a radiator. In between those two components was steel pipe that was supposed to be strong enough to take the pressure.

The problem, though, was the steam wouldn’t move from the Englishman’s boiler to his radiators. He thought there must have been something wrong with his steel pipe, which was relatively new at the time, so he decided to try a pipe made of cast iron instead. This worked! He didn’t know why, but it worked. He got lucky.

But the more he looked at the pipe and wondered, the more he realized that it was a flaw in the cast iron that was making it all work. The cast-iron pipe was so poorly made that air was able to escape from sand holes left undetected at the foundry. And none of this was happening at a time when a fella could go to the supply house and pick up some air vents.

It turns out the first not-so-automatic air vent was a rag. I’ve seen rags covering leaking air vents in many basements over the years. I suppose the guys doing that had a fine sense of history. Rags can make you feel lucky for a while. So can duct tape.

But I think the lesson that the Englishman taught us is luck isn’t always going to show up. It often fails us. So he thought about what was going on there. If I used steel pipe, the steam won’t move. But if I use cast-iron pipe, the steam will move but only if the pipe has holes. And I can control the holes with rags. Eureka!

Lesson learned? When luck checks out, it’s time for critical thinking to check in. Our long-dead Englishman probably asked himself these two questions: What can cause that? And, what changes when I try this?

Those are always good questions to ask when you’re troubleshooting. Always.

We move forward a few centuries to 1933 to find another bit of luck and a lot of critical thinking taking place in England. The scientists at Imperial Chemical Industries were studying the behavior of ethylene and benzaldehyde under high pressure and high temperature. They were trying to make a new sort of plastic when the only plastic available was Bakelite. They went a bit too high with the pressure, though, and caused their autoclave to explode. It blew up the lab but, luckily, did not kill or maim anyone.

Afterward, when they were cleaning up the lab, they looked inside what was left of the autoclave and noticed a white, plastic residue that had not been there before the explosion. It was plastic! And for lack of a better term, they dubbed it polyethylene. In time, this would evolve into what we today call PEX, but that took a lot more critical thinking.

For three years after the explosion, the scientists at Imperial Chemical tried to make more polyethylene, but they had no luck. And then they realized that since all else had failed, they would have to recreate the original experiment and ask that key question: What changes when I try this?

They blew up another autoclave. And go figure? There it was: Polyethylene! Not wanting to continue blowing up laboratories, they had to figure this out. One of them finally realized that what changed was the introduction of oxygen into the process when the ethylene and benzaldehyde were both at high pressure and temperature. Oxygen was the catalyst and that made the polyethylene magic happen. The rest is history.

Let’s say you’re on a job with a radiator that’s not heating. It heated last week, but now it’s cold. Something changed, right? What can cause that? Put together a list. I’d start with these three things:

If there’s not enough pressure in the system to lift water to the top and pressurize it at that high point, there might not be any water in the radiator. The system could be leaking or the automatic feed valve may not be working. Without water, there can be no heat.

If there’s no flow through the radiator, this could be a balance problem. Water may be short-circuiting to another part of the system. What’s changed? Look around — I’ve solved problems by closing a simple gate valve in a bypass that someone else had opened by mistake. Feel your way through the system and think like water. What would you do? Where would you go?

I’ve also seen jobs where something got stuck in the pipe and stopped the flow. I once worked with a contractor who pulled a nickel out of an elbow. How it got in there will always make me wonder, but I will never forget that this is possible, and I will always have it on my list of things to check.

If there’s air trapped in the radiator and not enough pressure differential across the radiator to move that air along, then flow will stop. Most troubleshooters go for this one first because it’s the easy one. That’s why I listed it last. Don’t assume that air is always the cause. A flow-balance problem will look exactly like a trapped-air problem. If you open an air vent and nothing but water comes out, that’s not an air problem.

And if it is an air problem, it’s time to wonder where all this air is coming from. What changed? I had this happen in my own house. We have copper fin-tube baseboard, and our house is on a slab. There are places where the pipe dips into the concrete to clear the front and back doors. We suddenly had all this air that was not there last heating season. Instead of going to the boiler room, I went, instead, to the tile floor by the front door, which had turned into a radiant floor. That wasn’t part of the design. We had to chop up the floor to get at that pipe, and I wasn’t happy with that, but I did feel good about looking in the right place for the cause of the problem.

When luck fails you, always go back to what you know for sure. Ask what can cause that? Then ask what changed? Those questions are at the heart of every troubleshooting call you will ever make. Do these because luck can fail you.