Why It's So Hard to Find Workers 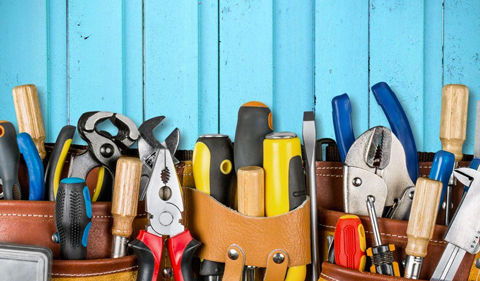 I went to high school in the mid-1960s. All of the students had to take a “shop” class during the course of our time there. The Lovely Marianne, being female, was guided into a Home Economics class, where she learned how to do things a good housewife was expected to do back then.

I was sent to Electrical Shop, where I would learn how to make a buzzer. This was just a one-semester thing, but all of us had to go through some “shop” or another, based on gender and adult expectations at a time when all expectations were blowing in the wind.

My shop teacher was a wiry man who loved hand tools. We spent a week making a buzzer base. He taught us how to saw, sand and varnish. He introduced me to a Brace & Bit hand drill and went on and on about how this was better than an electric drill. “Can you feel the wood? It’s alive!” he said, and I could.

Our buzzer bases had to be perfect before we could move on to the buzzer itself. On our first day of sawing the pine boards, he picked one up and handed it to me. He showed me how to hold it, and then he broke it with a lightning karate strike. We paid even closer attention after that. Hand tools indeed.

That wiry man taught me how to work.

In the Job Opportunities section at HeatingHelp.com, a contractor posted this plea for help:

“It’s an endless struggle. Where are the qualified techs? Where are the eager mechanics looking for a great salary and benefits? Is there no one stuck in a dead-end shop that would prefer to learn and grow with us in my shop? I'm going to drop dead someday with a bunch of knowledge and field experience buried with me in my coffin. Please apply.”

The comments that followed said much about the current state of our industry. A contractor in California posted, “I was installing two on-demand water heaters outside an apartment building at the beginning of the week. Given that I turn 70 next week, I needed some help lifting the heaters up onto the wall brackets eight feet off the ground, so I asked a couple of guys who were going to their apartment if they could help me. If you are near my age, you know that this can be the hardest part of the job. The two guys were very willing and quickly had the heaters mounted on the wall. We started talking; they were from Algeria and were in the glass-replacement business. They didn't seem enthused about their work and I told them what I did. One of them asked me if I would sponsor an apprentice. Bingo! My lucky day. And yes, I know it’s still in the early stages and they may not like hydronics. They’re not trained journeymen. I only share my story to see if it sparks any ideas in your head.”

Are the workers there and we’re just not seeing them. Are we looking in the right places? Hmm.

Another contractor said: “Can you blame people from staying away from us? There are easier ways to make a living. My coworker had a packaged HVAC system installed and the smallest guy on the crew was the newbie. His head was clearly not in the game so my coworker asked the guy if he didn’t like going into crawl spaces. They stopped at a Sheetz gas station and a sign on the door said, ‘Now Hiring Counter Person for $13/hour, plus a sign-on bonus.’ Hmm, tight crawl spaces involving hard, dirty, sweaty work for $10/hour. Or a much easier job for $13/hour with a bonus? The head of the crew responded by saying the kid just saw his future take a turn.”

So are we paying too little? What do you think?

The original poster replied with this: “Ten to 13 bucks per hour are not the numbers I'm paying. My greenest guy gets $17, and in NYC, my union guys with their benefits package, cost me $70 per hour. This is not a lousy job and I'm no stranger to a crippling payroll. I don’t believe that the salary is the issue. With very little exception, I give people what they ask for. After that, it's up to them to cover that salary and send something back to the business. That's how I get paid.”

So is it not the money?

Mike posted: “There is a severe lack of talent here in the Virginia, Maryland, D.C. area. Plenty of companies and technicians are doing the work, but very few of them have the slightest clue as to what they are doing. Companies here are hiring completely green helpers and apprentices for $25 an hour.”

I saw an article in the paper recently about a restaurant on Maui that was offering $45/hour to start for busboys. No one was applying for those jobs. I gave some serious thought to coming out of retirement and getting on a plane.

Ed had his say: “They have been talking about a coming labor shortage in all the trades for the last 20 years. Having worked mostly in Massachusetts and Connecticut, I have to go to a bunch of code update classes and the subject always comes up. You look around the room and all you see is gray hair. They said the average age of plumbers, electricians and HVAC workers was 56, and that was a few years ago. It’s probably higher than that now. I’m 68 years old and would still work part-time if I could, but my body is too beat up. The problem started years ago when they closed down the shops in the local high schools; and now there are fewer trade schools.”

Tim wrote: “This has been going on for several years here. It’s at its worst now. I am concerned for our industry and the customers who will be out in the cold (literally), and for public safety. I can’t figure out the lack of able-bodied individuals who would like to learn a trade. My only hint to the shortage is not having shop in our schools, not having parents who work with their hands (not including keyboards), and those who like repairing things. It baffles and disheartens me. I am getting ready to retire and that will be the end of 40 years of training and knowledge that customers won’t have the benefit of.”

So shop classes. I’d love to see those return to high schools, and perhaps even to elementary schools. All six of my grade-school grandkids love to make things. They also love to look at screens. I think we could combine the two into a modern version of shop.

But I suppose many parents would object to having their dear children being mandated to do something as silly as learning how to turn a wrench, solder or make a buzzer from scratch.

I wish I had kept that sweet thing.