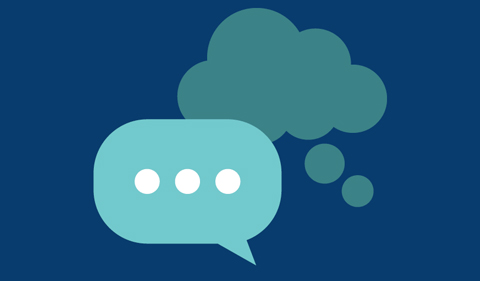 If you’re lucky in life, you’ll occasionally have a conversation with someone that will stay with you forever. Maybe it was something your spouse said when you least expected it, or perhaps it was your child showing you a reflection of the sky in a puddle after a storm. She may have told you when it rains, some of the sky goes into the ground. She’ll point at the puddle and tell you to look.

More than a year ago, my friend Larry Weingarten was visiting from California. Larry and I have known each other for a long time. He wrote The Water Heater Workbook with the hope that sharing his knowledge, gained through the thousands of heaters he has met, will help others. Larry has made this his life’s work.

One year ago last August, we were sitting in my backyard sipping wine and talking about people and what people often do. Larry is the gentlest person I have ever known. He smiles quietly and always pauses before he speaks. I have noticed that about him since we first met, but it was only on that day that I asked him why he does that.

“Before I answer anyone, anyone at all,” he said. “I always ask myself whether what I’m about to say will help.”

I sat with that thought for a long moment. “And what if you decide that it won’t help?” I finally said.

There was that quiet smile again. “Then I don’t say it,” Larry said. “It won’t help if I do, so I try to think of something to say that will help. Often that's a matter of turning things around a bit. I have to think before I speak. So I pause.”

That made me pause for a good while. I thought about the many times in my life when I had shot back with a too-quick answer to someone’s question because I was annoyed, or busy doing other things, or just felt like being snide at that moment because I thought the other person’s question was stupid.

And I know the old saw about there being no such thing as a stupid question, but not everyone sees things that way.

“It’s okay to make a left turn on a red light, isn’t it, Dad?” Colleen, my friend Ron’s teenage daughter, asked him that question many years ago when he was trying to teach her how to drive. She wasn’t very good at it, and she was about to make that left turn. Another car, the one with the green light, was bearing down hard on them.

“I don’t know how she could be so stupid,” Ron said at the time. “She told me she had read the book from The Department of Motor Vehicles, and she thought that was in the book.”

“I screamed at her,” Ron said.

“She got hysterical,” Ron said. “She’s not sure if she wants to drive at all now.”

A homeowner once asked me if it was okay to use gasoline in an oil burner if he ran out of fuel oil. “I mean only in an emergency,” he said.

Do you think that’s a stupid question? One of Larry Weingarten’s donated antique water heaters burned gasoline, so I know it can be done. But, I also know modern oil burners burn oil and not gasoline. And if you try to burn gasoline, you’re also going to burn down your house.

So should I snap at the guy who asked that question? Or roll my eyes? Or try my best to make him feel stupid? Will it help? Or should I try something else?

The homeowner now hates everyone within his sight. He’ll get what he needs, but he will also go home and post online about his experience. Google will pick up his comments and display them forever. Does that help you?

A service technician goes on a callback. He gets to the house and looks for the problem he believes the technician before him should have fixed. The homeowner watches over the technician’s shoulder as he works.

“I’m sorry you people had to come back,” he says. “I thought the other guy had fixed it.”

“That other guy is an idiot,” the technician says. “I spend most of my days following-up on his crappy work. I don’t know why my boss doesn’t fire him. And he’s not the only idiot in our company. There are others. I have to clean up after all of them.”

How could that possibly help? It can’t, right? So why do people say such things? Think of the angry customer who yells at you. Your urge to yell back is strong, isn’t it? And the supplier who disappoints you. How easy it is to jump all over that person. It is easy, isn’t it? But will it help? And what does all that yelling do to your blood pressure? How much of it do you carry home with you, and how does that anger and frustration help your family?

So now, I wait a moment before answering a spoken question, or an email and certainly, a text. Taking the time has made me quieter, like Larry. Our conversation took place on a hot day in August 2019. It’s a part of me now, and I feel good about sharing it with you in November because November is a time when we look toward things for which we are thankful. I’m thankful for Larry Weingarten’s friendship, his wisdom, his grace and his quiet way of living life. I’m also thankful for you because the reader gives life to the writer’s words. I hope you share this column with others.

It will help. Happy Thanksgiving.