The Case for Radiator Covers 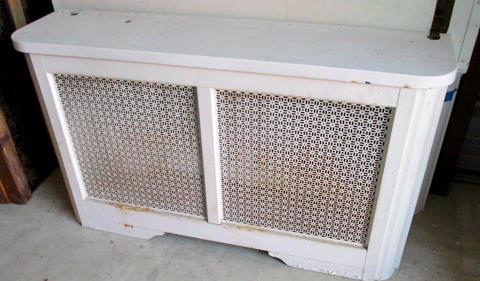 In March 2010, a nine-month-old boy rolled off his sister’s bed in Jersey City, New Jersey, and got stuck between the bed and a cast-iron, steam radiator that was as hot as it’s supposed to be. The radiator delivered third-degree burns to the infant and left him with permanent scars.

The child’s parents sued their landlord and the case went all the way to New Jersey’s highest court. A year ago this month, in a split decision, a majority of the New Jersey Supreme Court dismissed the case and held that landlords in New Jersey have no obligation to cover or insulate dangerous radiators in apartments. Their reasoning was that a Department of Community Affairs regulation governing heating systems in buildings did not apply to the radiators in the rooms of that building.

In a minority opinion, the court’s chief justice and one other judge wrote that landlords should be accountable because common sense tells us that hot radiators can hurt children.

What was interesting in all of this was that the regulation calling for insulation of the hot components to prevent burns includes only the heating risers, ducts and hot-water lines, but not the radiators themselves. They left out the radiators because if you insulate the radiators you probably won’t have any heat. It says nothing at all about radiator covers.

The majority of the judges also concluded that because each radiator has a shutoff valve, “it violates a sense of fairness to hold a landlord liable for harm caused by an item in the tenant’s control.” The chief justice disagreed with this. He wrote that being able to shut off the valve wasn’t an option because it was winter. He also noted that more than 10,000 people were hospitalized in the past decade across the country as a result of radiator burns. And he noted that, in 1975, a six-month-old twin in Trenton died after rolling off a bed and getting burned by a radiator. He argued that landlords should have a duty to take reasonable steps to prevent the serious harm that scalding-hot radiators can cause. “A simple radiator cover available at most home-improvement stores for a modest cost can prevent the foreseeable risk that countless apartment dwellers face. It can spare a child from being scalded and scarred,” he said.

But the majority voted in favor of the landlord because of the way someone had written the regulations. Letter of the law and all that.

But I keep thinking about the kid who got burned.

I know kids can do crazy things. We raised four of them. But I know this little guy should have been in a crib. And even if he was in the bed with his sister, I think an adult should have been looking at that hot radiator and thinking about what might happen.

There’s a big problem there.

A friend in the oil-heat business told me a story some years back. One of their customers was bathing an infant in the sink. She left the child there for a few minutes with the water running because she needed to get cigarettes.

The child, all alone in the sink with the hot water on, got scalded.

Mom got a lawyer and sued everyone who had anything to do with the water being hot and in contact with her baby. She sued the landlord, as well as the manufacturer of the water heater. Oh, and she also sued my friend because he had delivered the oil. The lawyer’s reasoning was that had my friend not delivered the oil, the water would not have been hot and the baby would not have been scalded.

So there you go.

I know that has nothing to do with radiator covers, but it fits into the same category of dealing with people who lack common sense. Oh, and also idiots.

In many tenement buildings, the steam riser that goes from the basement to the top floor passes through galley kitchens and tiny bathrooms. This is the radiator for all those stacked rooms. According to the New Jersey Department of Community Affairs, those risers should be clothed in insulation because they are pipes. Even though they are also radiators.

I once visited one of these apartments and noted the tenant had wrapped the lower four feet of those risers with rope. He did that because he had children. That’s common sense. He didn’t wait for someone to do it for him. He just did it because he didn’t want his kids to get burned.

And sure, that rope cut the output of the riser, but since most apartments had their steam systems sized for open-window ventilation, they have too much radiation to begin with.

The radiator covers that the New Jersey Chief Justice talks about are the metal ones that have solid tops and a front that’s perforated with hundreds of holes across its entire surface. Putting one of those over a cast-iron radiator will cut the radiator’s output by about 30% because it inhibits air convection across the hot cast iron. It also keeps the kids from getting burned.

The challenge, however, is that we know this, but the tenants probably don’t. They also don’t want to go to the store and buy radiator covers. They figure they already pay enough rent and this should be the landlord’s expense.

So, in most cases, nothing gets done, and the New Jersey Supreme Court is OK with that.

If I was living in a steam-heated apartment with kids, I would definitely get covers on all of the radiators. It’s far better to spend the money on that than on plastic surgeons or funeral homes.

And we had steam heat when I was a boy in Manhattan. Did I touch the radiator? You bet I did, but only once. I touched it, screamed and my mother came running. She asked if I was OK. I nodded through tears. And then she spanked me for touching the radiator.

But the little kids, those who sleep in beds with their siblings right next to steam radiators can’t protect themselves. And getting stuck between a bed and a hot place is a lot worse than touching once, pulling back, screaming and getting spanked.

Radiator covers also discourage people from fiddling with their one-pipe-steam air vents. In 2017, an air vent blew off a steam radiator in a Bronx, New York apartment. The radiator was in the bedroom of two sisters — a two-year-old and a one-year-old. The bedroom door was closed. When the vent came off, the room filled with steam, killing the sisters. Those kids were helpless innocents.

It’s common for buildings such as this one to be over-radiated and tenants often turn the radiator vents upside down to stop the air from escaping the radiator. If the air can’t get out, the steam can’t get in. They do this because the supply valves are often inoperable. One person turns the vent, and then another person turns it again, and before long, the vent is hanging on by its last thread. The superintendent has the steam pressure set too high because he’s a knucklehead and the air vent pings across the room. The result is horrible.

If I was a landlord, I would cover all the radiators in the apartments that had little ones living there. I’d also make sure the system was working as it’s supposed to work. It’s the right thing to do. It’s common sense. And the stakes are simply too high to do otherwise.