What is the safe pressure for a hot-water-heating system? A member of the Wall community asks this question: What is the "safe" operating pressure in PSI for a hot-water boiler heating system, and what is the "safe" range in terms of temperature for boiler operation?

The highest pressure the boiler should ever see is stamped on the boiler tag - Usually 30- or 50-psi. The pressure the system is designed to operate at is usually 12- to 25-psi for a two-story house, and 18- to 25-psi for a three-story house. The operating high temperature should not be over 200 F., but 180 F. is the normal maximum design temperature. There are are a lot of variables to this, depending on the type of system and boiler you have, and many times the operating temperature will be much lower.

You must read the manufacturer's specifications. Most residential hot water heating systems run at 5-psi more than the pressure required to raise the water from the fill valve to the highest point in the system. In my Cape Cod house, with the boiler on the floor of my garage, the pressure gauge reads between 12- and 15-psi (the dial is too small to read more accurately than that). The maximum pressure I am allowed it to get to is 30-psi, because, at that pressure, the pressure relief valve will open. This is typical of residential hot-water boilers. As far as temperature is concerned, my boiler will shut off if the temperature exceeds 205 F. THey do not want the water in there to boil. Of more importance, though, is the minimum return water temperature. With a conventional boiler, you do not want the flue gases condensing in the flue, so the return temperature should normally be hotter than 140 F to prevent the boiler from rusting out and the chimney from failure. With a condensing boiler, you want the return water to be as cool as possible, short of freezing, to get maximum condensation and the resulting higher efficiency.

And a third has this to add:

The water pressure in a hydronic boiler shouldn't be over 12- to 15-psi. It should have only enough pressure to raise the water a few feet above the top of the highest point in the piping system. A 12-psi setting will lift water 28' above the fill valve. A 15-psi setting will lift the water to 34'. At 12-psi, the boiling point at the fill valve/gauge is 246 F. At 28', it is 212 F. If the level of the water isn't high enough because there isn't enough fill pressure, the suction pressure on the loop may cause the first water to boil that comes from the boiler on a warm-start boiler. If you set the system pressure higher than needed, you decrease the amount of room for system expansion. If you have a one-story ranch with a basement, 12-psi should be all you ever need. A two-story Cape, shouldn't need more than 15-psi. A Cape is usually 34' from the ground to the peak of the roof. 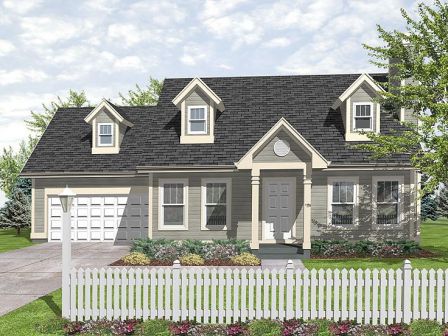